Sam Stosur and Bernard Tomic each stand just one win away from the main draw in Rome, where they are hoping to join five of their compatriots. 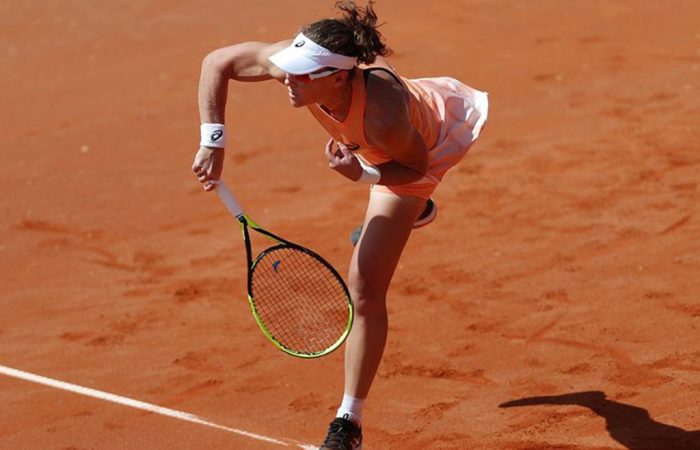 Sam Stosur and Bernard Tomic both snapped five-match losing streaks to progress to the final round of qualifying at the WTA/ATP clay-court tournament in Rome.

Stosur was leading 3-1 in the first set when opponent Margarita Gasparyan retired.

The 35-year-old will next play Rebecca Peterson for a place in the main draw, where compatriots Ash Barty and Ajla Tomljanovic are already entered.

Barty, seeded eighth, receives a first-round bye and will face the winner of the match between Viktoria Kuzmova and wildcard Sara Errani.

Tomljanovic has drawn a qualifier; should she win, she’ll go on to meet fourth seed Karolina Pliskova.

Tomic overcame Italy’s Riccardo Balzerani 6-1 6-4 and will next play Albert Ramos-Vinolas in the final round of qualifying.

De Minaur and Kyrgios has both drawn seeds in the first round, in the form of No.16 Marco Cecchinato and No.12 Daniil Medvedev respectively.

Millman will take on a qualifier in the first round.