Retired Australian tennis star Casey Dellacqua is among the finalists for the 2019 Australian Pride in Sport Awards. 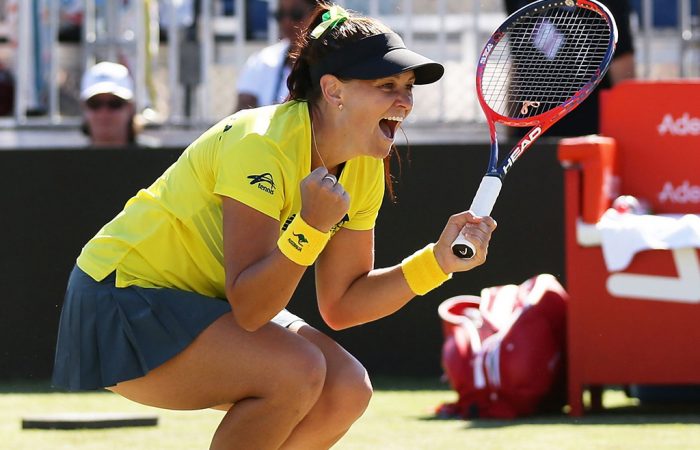 Casey Dellacqua is among the finalists for the Out Role Model Award at the 2019 Australian Pride In Sport Awards, to be held in Melbourne on 12 June.

This award category recognises the critical role that out sporting figures play in sending a message of inclusion within sport.

Hurry, before they sell out! pic.twitter.com/JcZNatuFEm

Dellacqua retired after teaming with Ash Barty to clinch victory in the live doubles rubber of Australia’s Fed Cup tie against Ukraine in February 2018, delivering the hosts a 3-2 win.

It capped a stellar career that saw her rise to No.3 in doubles – she won the French Open mixed doubles title in 2011 and reached the final of all four Grand Slams in women’s doubles – and crack the top 30 in singles.

In March this year she gave birth to son Jesse James.

Tennis has featured prominently in this year’s Pride in Sport award nominations.

The Australian Open’s “Glam Slam” has been recognised with a nomination for the LGBTI Inclusion Initiative award.

Susie Grumley of the Traralgon Tennis Association has been nominated in the “Ally” category, recognising the outstanding contribution of an individual who does not personally identify as LGBTIQ but who who has made a significant contribution to the community.

And Loton Park Tennis Club is a finalist for the Small Club award, a category recognising the unique challenges faced by small sports clubs and organisations in promoting inclusion.