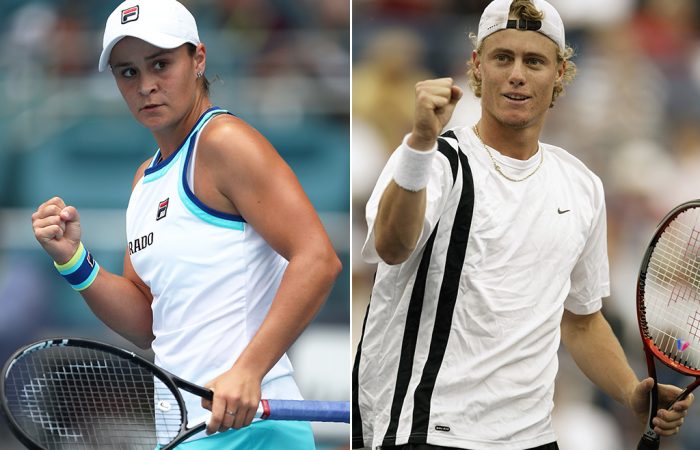 Ash Barty has recorded the hottest start to a tennis season by an Australian in 16 years, surging into the quarterfinals of the Madrid Open with an 11th straight victory.

Like Barty this year in Fed Cup, Hewitt was also unbeaten in Davis Cup that season too, helping Australia to its 28th and most recent title in the century-old teams’ event.

But to better Hewitt’s supreme start, Barty must beat Halep, the three-time French Open finalist who will arrive in Paris later this month as defending champion after breaking through for her first Grand Slam crown in 2018.

Barty toppled the then-world No.1 Halep in Sydney in January, but that success came on a hard court.

The Romanian world No.3 has accrued six titles on European clay, including two in Madrid, and made 13 of her 34 career finals on the surfaces.

And, ominously, Halep lauded her crushing 6-0 6-0 third-round win over world No.46 Viktoria Kuzmova as the finest performance of her career.

The reigning Roland Garros champion won 48 of the 60 points played, winning an astounding 80 per cent of the points played over the course of her 44-minute clay-court masterclass.

“Not a bad statistic,” Halep said. “I think it was the best match that I have ever had.”

Ninth-seeded Barty knows the challenge confronting her in what will be her fourth quarterfinal appearance of the year.

“I think without a doubt she’s the best, most consistent clay-courter out there,” Barty said. “We had a quality practice session earlier this week. It was nice. The first time we’ve hit together and it was a really good level. It’s the absolute test, to play against the best.”