Gavrilova: “Working with female coaches worked for me”

Daria Gavrilova shared some quality time with recipients of the President’s Women in Tennis scholarship. 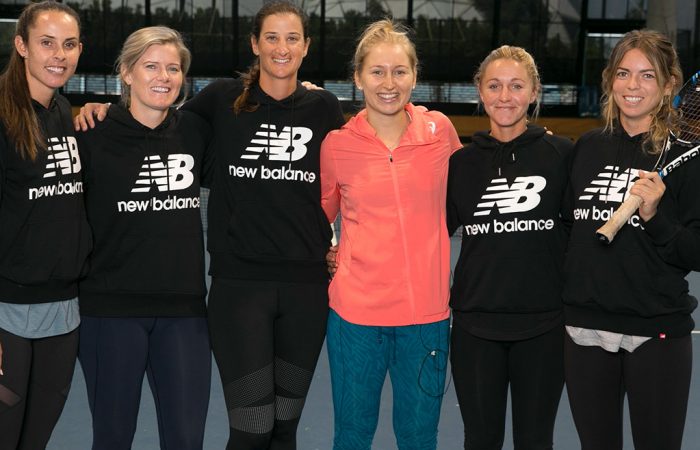 Knowledge, empathy and authority all feature highly when Daria Gavrilova considers key coaching qualities – and the 25-year-old has found that combination in some top female coaches.

“My first coach was a female and I’m kind of used to this environment being around women,” said Gavrilova during a recent question and answer session with President’s Women in Tennis Scholarship recipients at the National Tennis Centre in Melbourne.

“When I came to Australia, I started (working) with Nicole and I loved it. I’m pretty feisty, so I get pretty stubborn on court, but she managed to, I guess, boss me around a little bit and put me in place.”

While she has now commenced a coaching partnership with former Australian Fed Cup captain David Taylor, Gavrilova will always be grateful for the positive influence that Veselinovic and Pratt provided.

Gavrilova claimed her first WTA title at New Haven and progressed to a career-high top-20 ranking in a breakthrough 2017 season. “Obviously working with female coaches worked for me,” she commented.

Although she’s careful to point out that “I don’t think anyone chooses their coach by gender”, Gavrilova is also aware that certain intuitive elements are particular to female coaches.

“There’s probably (a) different emotional aspect to it,” she noted. “Even having a one-on-one conversation about feelings, it’s very different talking to a female rather than a male.”

There’s also a practical side, the extroverted Gavrilova explaining she appreciates coaches who can be self-sufficient on tour.

“Apart from being a tennis coach, there’s a lot of organising that has to be involved,” she commented when asked what advice she’d give to coaches aspiring to guide pro-level players.

“Like not relying on you to book flights, do this and do that, because we also have a lot on our plates.”

Work ethic, said the Melburnian, is something that top coaches will always demonstrate – especially when it comes to the important task of scouting other players.

“(When) I was with coaches like Pratty and Biljana. They were always watching my opponents and stuff. There’s a lot you can do off court apart from just coaching.”

Gavrilova is delighted that as female coaches become increasingly prominent, other women are also following their example.

“Younger coaches are starting, so I think that really motivates a lot of female coaches that are not on tour yet.”

For now, Gavrilova’s own career development requires important focus – but there could become a time when she joins those coaches.

“I would love to coach one day and I think I’ll be really good with maybe (the) 14s (age group),” said Dasha, who already strives to be a positive influence to younger players.

“Whenever I’m in the gym and I see other girls working out, I try and help them.”

Having learned from the best in her own career development, Gavrilova would know the many qualities she can pass on to the next generation.