Tomic wins through to Houston second round

A straight-sets win to Bernard Tomic over Denis Kudla has sent the Australian into the second round of the US Men's Clay Court Championship in Houston. 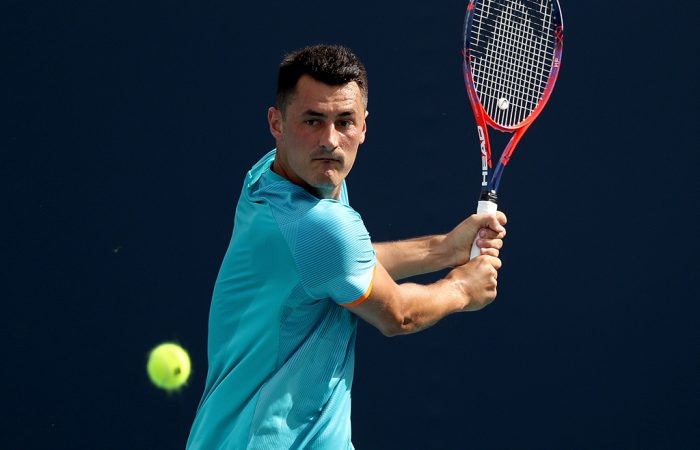 Bernard Tomic progressed to the second round of the ATP event in Houston after victory over Denis Kudla at the 250-level clay-court event on Monday.

Tomic saved two set points in the first-set tiebreak and recovered from 0-3 down in the second to post a 7-6(8) 7-5 victory.

It was a much-needed win for the Queenslander, who had lost six of his nine matches in 2019 before arriving in Houston.

Bernin’ up the Night 🌚

Next up for Tomic is Marcel Granollers of Spain; the world No.112 beat American Taylor Fritz in three sets in his opening-round match.

Thompson also teamed with Lleyton Hewitt in the doubles event, but went down in the first round to Austin Krajicek and Artem Sitak 6-2 4-6 [10-8].

He plays his singles match on Tuesday (local time) against Krstin.

Another Aussie, Matt Reid, is partnering Granollers in the doubles draw.