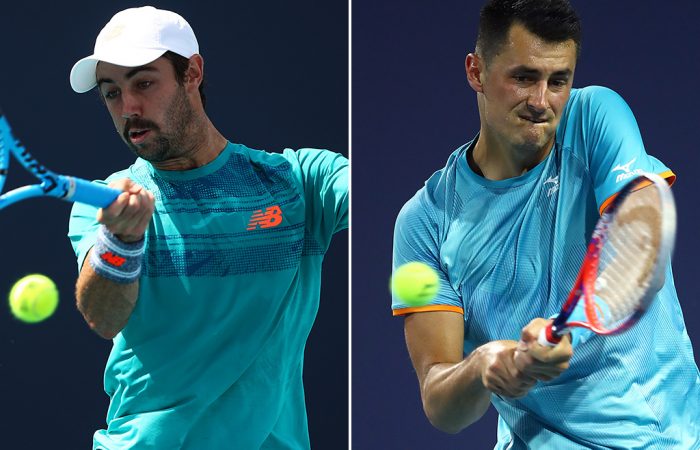 Jordan Thompson is the seventh seed at this week’s US Men’s Clay Court Championship in Houston, where he is joined in the main draw by fellow Aussie Bernard Tomic.

Thompson will face a qualifier in the first round and is projected to meet No.1 seed Steve Johnson in the quarterfinals.

The Sydneysider carries some impressive form into the tournament, having recently advanced to the last 16 at the ATP Masters event in Miami.

Tomic opens against American Denis Kudla, with the winner likely to take on No.5 seed Taylor Fritz in the second round.

At the WTA tournament in Bogota, Astra Sharma has been accepted into the main draw of a tour-level event for the first time on her own ranking.

The world No.138 lines up against comeback player Shelby Rogers in the first round, the American who advanced to the Roland Garros quarterfinals in 2016.