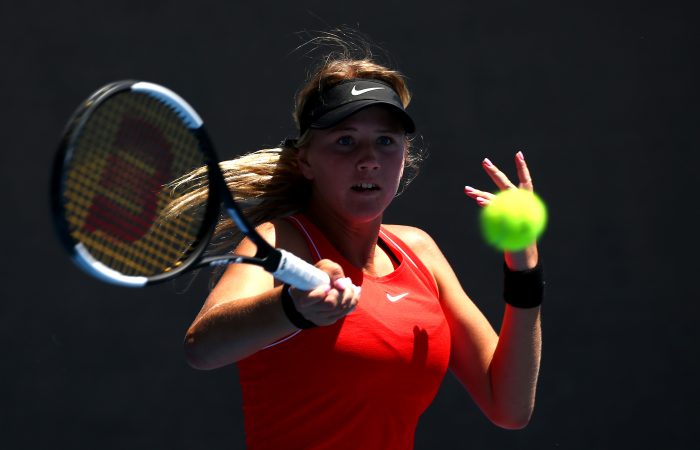 After a stellar run to the semifinals, South Australian Amber Marshall and Queensland wildcard Olivia Gadecki were both undone by more experienced players at the Perth Tennis international on Saturday.

Marshall took a while to get going in her match against American Jennifer Elie, leaving herself in a difficult position to recover. Elie, the No.4 seed, made the most of the situation, showing her guile in cruising to a 6-2 7-5 victory.

“I wasn’t playing my best in the first set, but after that I thought I competed really well,” Marshall, 17, said. “She’s quite a bit older than me and she’s got a lot more experience.

“I think I learned from today, I need to be a bit more disciplined in choosing the right shots. It was a good week for me, so I’m happy.”

Gadecki, a 16-year-old competing in her first ITF World Tennis Tour event, arrived in the last four on the back of upsetting top-seeded Frenchwoman Irina Ramialison earlier in the week. However, while she traded rallies early with the in-form Lulu Sun, she was unable to put the Swiss fourth seed under sufficient pressure, eventually succumbing 7-5 6-2.

Elie and Sun will now face each other in a rematch of last week’s final in Port Pirie, with 17-year-old Sun hoping to make it two consecutive Australian Pro Tour titles.