Nick Kyrgios falls in three sets in the second round of the ATP Delray Beach Open to Moldova's Radu Albot. 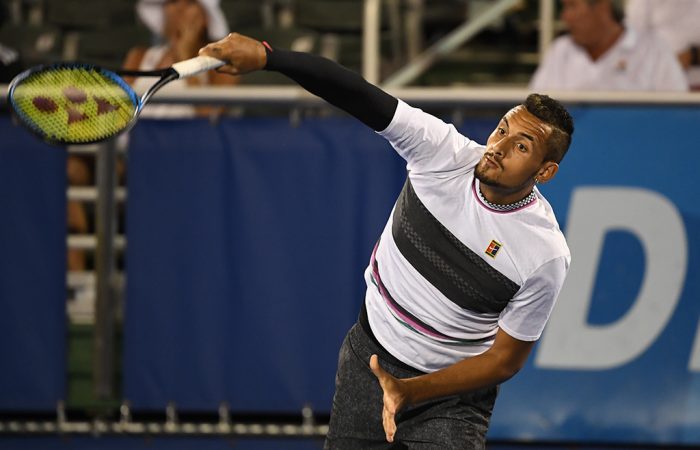 Nick Kyrgios on Thursday fell in the second round of the Delray Beach Open.

The Australian went down 6-2 3-6 6-3 to Moldova’s Radu Albot, who advances to a quarterfinal meeting with No.4 seed Steve Johnson.

Kyrgios – who served 19 aces throughout the 84-minute match – was nonetheless broken three times as Albot eventually got on top.

Kyrgios struggled with a knee issue, calling the trainer early in the first set and playing with tape just below his kneecap.

Nick Kyrgios on knee injury "I don't know man, I can't really afford to take any weeks off…I can't really go home & rehab, you always have to travel. At this stage honestly I am probably going to have to rely on my serve and just try to scrape through" #ATP #DBOpen

It appeared to be a similar ailment to the one he dealt with during his first-round loss to Milos Raonic at the Australian Open last month.