There are no Australian juniors left in the singles events at Australian Open 2019 after Rinky Hijikata, Ken Cavrak and Olivia Gadecki exited in the second round. 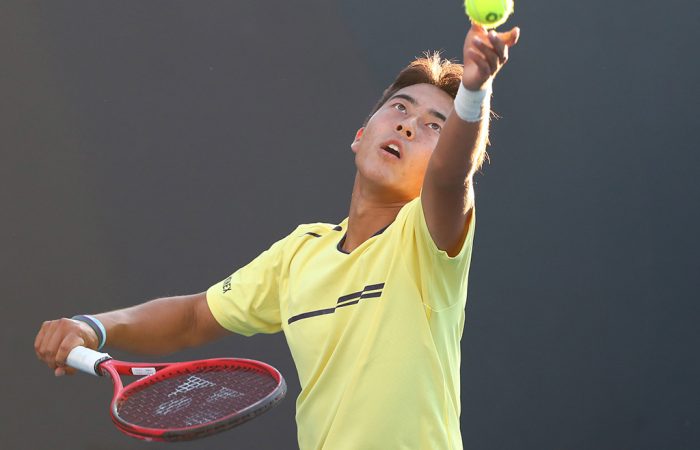 Australian teenager Rinky Hijikata confessed to a “brain fade” after falling victim to one of tennis’s new rules and exiting the junior boys’ singles at Melbourne Park.

Down match point against American Zane Khan on Tuesday, Hijikata, the fifth seed, batted away a let service from his opponent.

But with the Australian Open using a no-let ruleon serves, Khan was awarded the point – and the match for a 6-4 6-4 second-round victory.

“I had a bit of a brain fade there,” Hijikata told AAP.

“I kind of remembered just as I went to hit it but I just forgot for a second there that we had to play on lets.

“That’s my own fault. It was tough but at the end of the day it probably didn’t change the result.

“It’s the same for everyone so everyone’s got to adjust to it.”

The 17-year-old’s exit leaves no locals in the boys’ singles event after wildcard Ken Cavrak also lost in the second round, 6-4 7-5 to Brit Jacob Fearnley.

Gadecki, however, combined with compatriot Megan Smith to advance to the quarterfinals of the girls’ doubles tournament.

Tristan Schoolkate and Dane Sweeny are another all-Aussie duo advancing to the last eight in junior doubles; the pair beat No.6 seeds Valentin Royer and Holger Vitus Nodskov Rune in straight sets on Tuesday.