Next Gen star Hubert Hurkacz of Poland turns the tables on Belarusian Illya Ivashka to win his third ATP Challenger in seven months in Canberra. 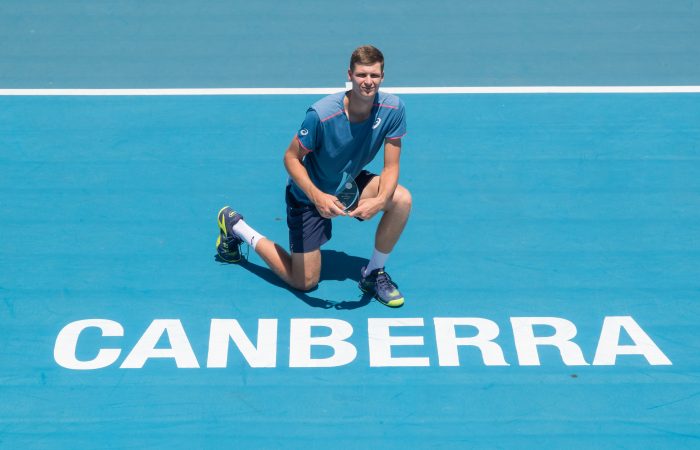 “It was a great week for me,” Hurkacz, 21, said. “I think my game was improving every match, and today was another one, so I’m very happy with that.”

The second seed arrived in the final after a commanding victory over Czech former world No.35 Jiri Vesely, and was yet to drop a set in his four matches. However, with only six places separating he and Ivashka (No.4) in ATP world rankings, it was always set to be a high-quality affair.

In the end, the 2018 ATP Next Gen Finals star played with experience beyond his years as he crafted the 6-4 4-6 6-2 win in hot conditions, reversing last week’s loss to the Belarusian in the opening round of the ATP event in Pune, India.

“It was a tough match up for me today but I knew how he played, so I tried to make a few things better on my side, and it worked,” the world No.88 said. “I’m just very happy that I won.”

Hurkacz had great support throughout the week with a vocal group of Polish fans supporting him.

The win also secured Hurkacz’s third ATP Challenger title in seven months and he will now be hoping to emulate 2018 Canberra champion Andreas Seppi of Italy by going deep into the draw next week at the Australian Open. “Winning the tournament here means a lot and it’s great preparation. I can’t wait for my first match out there,” he said.

Nys and Demoliner will both head to Melbourne for the Australian Open but will play with different partners.