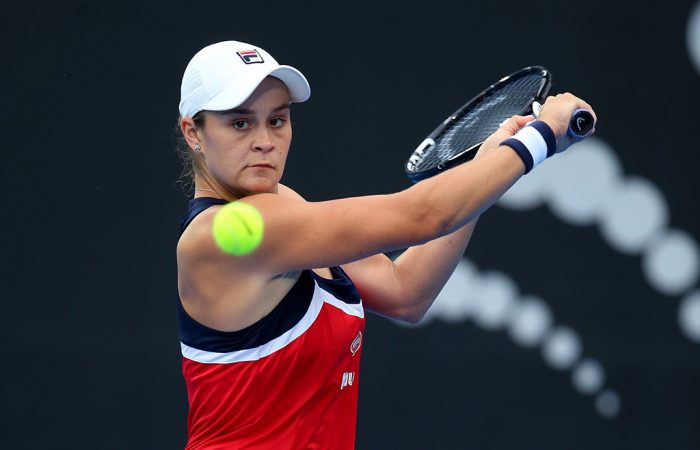 Given her rich vein of form and much-deserved first-time top-16 seeding, Ash Barty looks perhaps the best-placed of the 20-strong Australian contingent to go deep in the main draws at Melbourne Park.

The world No.15 launches her title quest against Thai Luksika Kumkhum, with Barty’s first big test likely to come in the fourth round against Danish defending champion Caroline Wozniacki.

With victories over three Grand Slam champions already this summer, including world No.1 Simona Halep on Wednesday in Sydney, Barty says she fears no one and looms as Australia’s best hope in more than a decade to break Australia’s 41-year women’s title drought.

But the 22-year-old insists her immediate focus is on winning this week’s Sydney International to complete the perfect Open build-up.

“I’ll worry about that (the Open) come Sunday or Monday, whenever we’re finished here,” Barty said after storming into the semifinals on Thursday with a straight-sets defeat of world No.12 Elise Mertens.

Destanee Aiava has drawn perhaps the toughest first-round opponent among the Australian women; she comes up against 17th seed Madison Keys, a US Open finalist in 2017.

Ellen Perez and Priscilla Hon have both landed in Barty’s immediate section; Perez could face Barty in the second round if she gets past China’s Yafan Wang, while Hon takes on a qualifier for a shot at either 22nd seed Jelena Ostapenko or Greece’s Maria Sakkari.