Osaka describes Aiava as “younger me”

US Open champion and top five star Naomi Osaka was impressed with what she saw in Destanee Aiava, whom she beat on Tuesday night to reach the Brisbane International quarterfinals. 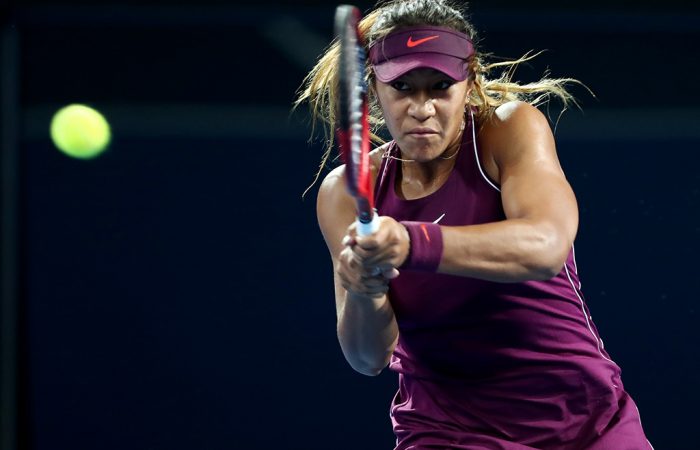 Naomi Osaka may not have seemed troubled by Destanee Aiava, but she has seen enough to believe the young Australian can follow her footsteps to stardom.

US Open champion Osaka cruised into the Brisbane International quarterfinals on Tuesday, beating the 18-year-old Australian 6-3 6-2 in their second-round match.

Some incredible serving from the US Open champion in this match!@Naomi_Osaka_ takes it against Destanee Aiava, 6-3, 6-2!

Aiava, ranked 242 places lower than her Japanese opponent, had the chance to take an early advantage with three break points in the third game of the match.

But she couldn’t convert, and from there the match was Osaka’s as she took the first set’s decisive break the following game.

The 21-year-old took just 69 minutes to prevail at Pat Rafter Arena, highlighting the gulf between the two in class and composure.

But their power games were a stalemate, according to the Japanese star. “It was kind of like a younger me in a way,” Osaka said.

“I felt like when I was playing her she sort of matched my power, which was really surprising to me, because there was not that many people that can do that.”

Destanee Aiava on taking on the US Open champ in the 2R: "This past week I've been mistaken for Naomi (Osaka) about 4 times, so we'll see if they can tell us apart (when we play). … I'm looking forward to the experience." 😉#BrisbaneTennis pic.twitter.com/odVNcCTG7A

Reluctant to hand out advice, she channelled the NBA’s Philadelphia 76ers in urging Aiava to “trust the process”.

“When you’re young, it’s easy to forget because you’re so in the moment,” she said.

“For me, when I was her age, I went through a lot of ups and downs. And that’s normal. And then just suddenly – it’s not out of nowhere but kind of out of nowhere.

“So I think you can only just keep trusting the process.”

The Victorian won three matches in the qualifying rounds to take her place in the main draw, where she then upset former world No.10 Kristina Mladenovic in straights.

It was the second time in three years Aiava began in qualifying and won four straight matches to reach the second round of the main draw.

In 2017 it was two-time Grand Slam champion Svetlana Kuznetsova who eventually stopped her.