Anastasia Berezov and Tai Sach will compete in the Australian Open 2019 junior tournament after winning the 16/u Australian Championships titles at Melbourne Park on Saturday. 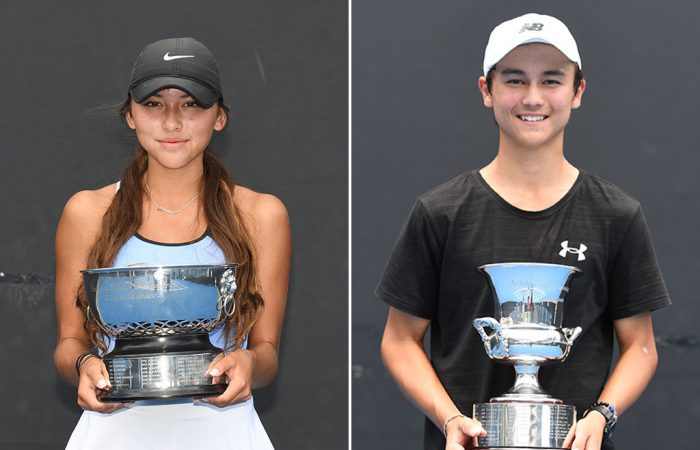 The 16/u girls’ final kicked off the day’s play, yet just three games in rain fell and suspended play.

Berezov had some close matches during the event – twice before the final she was extended to three sets – yet the 15-year-old held firm to end the week a winner.

“I just kept believing in myself and just kept going day by day,” she said.

“I will be doing a lot of training and I will have a couple of tournaments before (the Australian Open). Just keeping my game stable and solid, just keep progressing.”

In the boy’s 16/u final, Enzo Aguiard was looking for his second straight upset win after beating third seed Cooper White in the semifinals.

“It was a very good match, I felt a bit nervous at the start of this match. I knew Enzo was a good player so I knew I had to bring my best game out there,” he told tennis.com.au.

Sach will also compete in a number of ITF tournaments before returning to Melbourne Park in January.

Sach was unable to complete a clean sweep of the 16/u titles; in the doubles final, he and partner Haru Sonton fell to No.1 seeds Cooper White and Alex Bulte 6-3 6-4.