A victory over Astra Sharma and Isabelle Wallace in the AO Play-off doubles final on Saturday has seen Destanee Aiava and Naiktha Bains secure their spot in the Australian Open 2019 doubles draw. 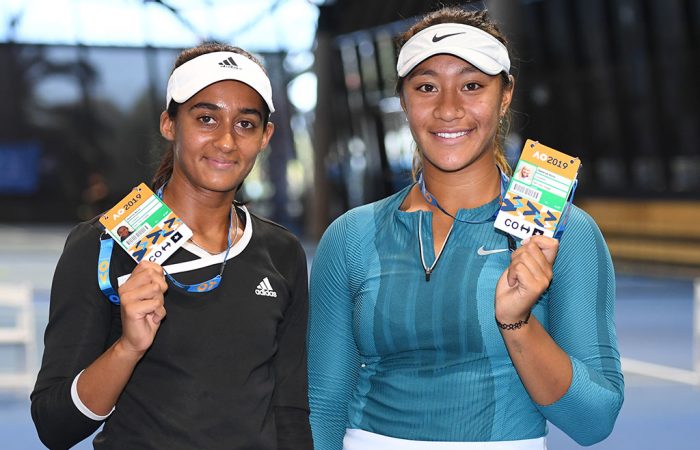 The duo combined to beat Astra Sharma and Isabelle Wallace 6-2 6-3 in a match moved indoors to the National Tennis Centre following a downpour in Melbourne.

For Aiava, it was a case of third time lucky, having fallen in two previous AO Play-off doubles finals – including one against Sharma last year, which she admitted added extra motivation when she took to the court on Saturday.

“It just feels good. Considering it’s tough to get a singles (wildcard), this year dubs is just equally as special for us,” she said.

“Third time final for me, in the play-off dubs, so it was good to get it with Naiktha. We haven’t that much practice but we have good results.”

Added Bains: “I think we gel well together. We combine well. It’s always fun playing with Des, so I think that’s also a good thing – we communicate well, we have a lot of fun out there and I think we match up well together. So it works.” 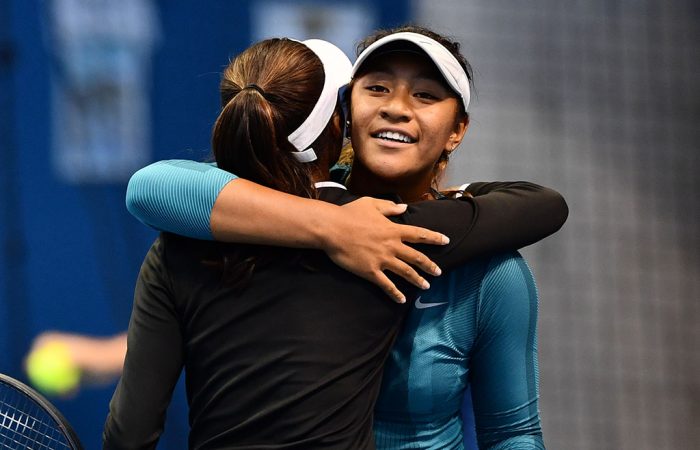 Aiava and Bains joined forces for the first time in August this year, when both were playing an ITF tournament in Bangkok and found themselves without doubles partners.

They advanced all the way to the final, and then in October played back-to-back 60K Pro Tour tournaments in Australia, reaching the semifinals in Bendigo and the final in Canberra.

That proved the perfect preparation for their winning week at Melbourne Park.

“(We were) keeping each other’s heads up and just encouraging (each other),” Aiava said. “When one was down we would just pick each other up. So that helped a lot. Especially for AO Play-off – there’s a lot at stake.

Added Bains: “I think we just went about our business and just tried to play the doubles we know we can play and I think we did.”

Sharma’s disappointment was tempered by the fact that, earlier on Saturday, she had advanced to the final of the AO play-off singles event.