Semifinalists determined as 12/u and 16/u finals loom

December Showdown 16/u and 12/u semifinals set for tomorrow. 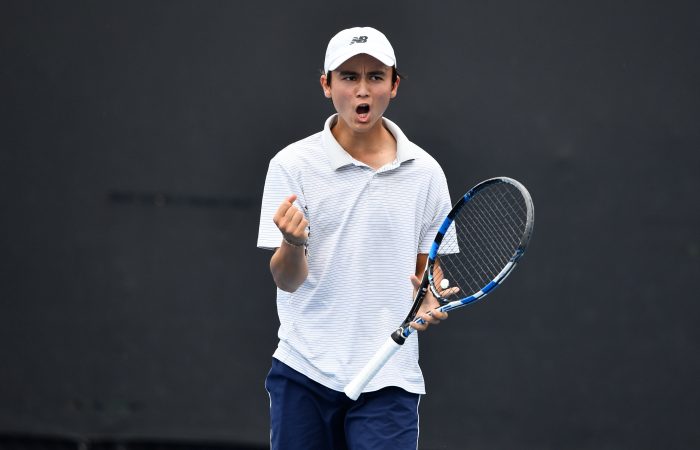 The 12/u and 16/u Australian Championship quarterfinal matches experienced delays this morning due to heavy rain making the courts unplayable but December Showdown action resumed this afternoon.

For all December Showdown news, draws, scores and the daily order of play,  follow this link.

With only two days of competition remaining, the young athletes were fighting hard for a place in tomorrow’s semifinals with strong matches played by a number of top seeds including [1] Mudiwa Munyimani (VIC), [1] Sarah Rokusek (NSW) and [1] Olivia Gadecki (QLD).