Top seeds through to 12/u and 16/u Championships quarterfinals

The December Showdown continues with the 16/u and 12/u national championships, with rain forcing players to compete under the roof at the National Tennis Centre. 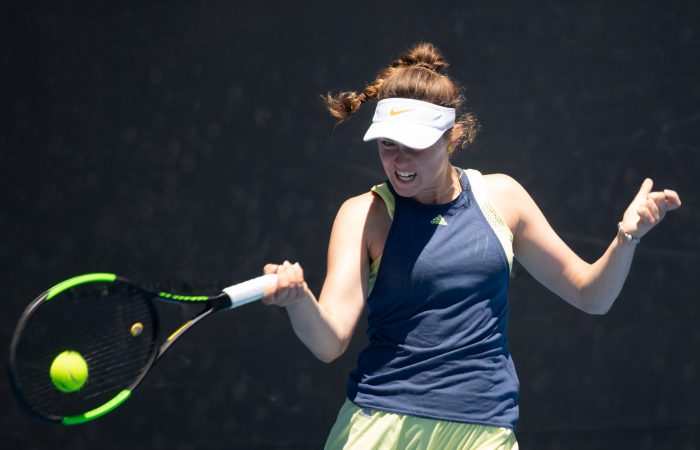 The 12/u and 16/u Australian Championships moved indoors on Thursday because of heavy rain as the December Showdown continued at Melbourne Park.

Players from across Australia and the Asia-Pacific have converged on Melbourne Park within the last fortnight to compete in Australia’s biggest junior tennis event series.

The December Showdown has been running since December 1st and will conclude on Sunday 16th December with the 12/u, 16/u and Australian Open 2019 Play-off finals.

No.1 seed in the Boys’ 12/u draw Mudiwa Munyimani (Vic) progressed to the quarterfinals, along with [2] Charlie Camus (ACT) who had a straight set win 6-0 6-0 after a challenging game yesterday against Taichi Wakamatsu.

“I think I played well. It was a tough match, there were some points in the second set where I felt like he had me but I kept fighting. I kept trying to make it as tough as possible for him and in the end I got the win,” Junyi Tang told tennis.com.au after the match.