The top four seeds in both the boys' and girls' 14/u Australian Championships on Sunday progressed to the last 16 without dropping a set. 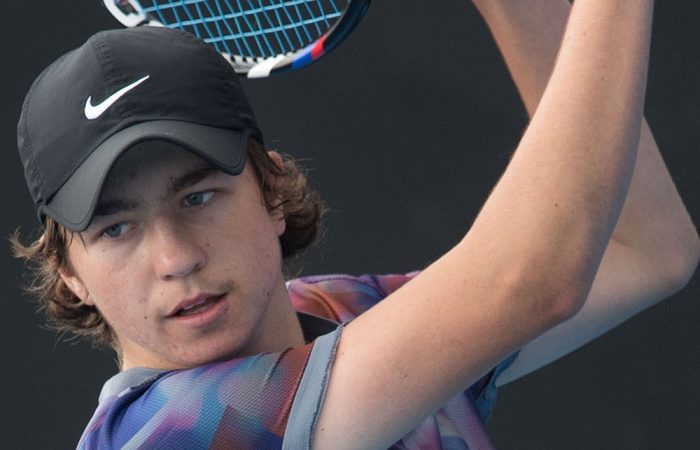 On Sunday at Melbourne Park, the top seeds continued their impressive run through the draw in the 14/u Australian Championships.

In the boys’ singles event, No.2 seed Amor Jasika was the most decisive winner, progressing past wildcard Alexander Mirkov 6-1 6-1 to reach the last 16.

Third seed Jett Leong was a 6-1 6-2 winner over Kanika Jayathilake to advance to the same stage while No.1 seed Edward Winter and Alec Braund, the fourth seed, also won in straight sets to join Jasika and Leong in the third round.

The top three seeds in the girls’ singles tournament – Charlotte Kempenaers-Pocz, Hana Sonton and Talia Gibson – each dropped just one game in winning through to the third round.

These eight players will look to maintain their strong form when they return to Melbourne Park on Monday for a shot at the quarterfinals.

Players are still to be placed in the four round-robin groups making up the boys’ and girls’ main draws.

More than 500 of Australia’s top young athletes representing every state and territory will take to the courts between now and December 16.

For all December Showdown news, draws, scores and order of play, follow this link.