The Australian Pro Tour will swing through Albury in February when a new grass-court event debuts on the calendar in 2019. 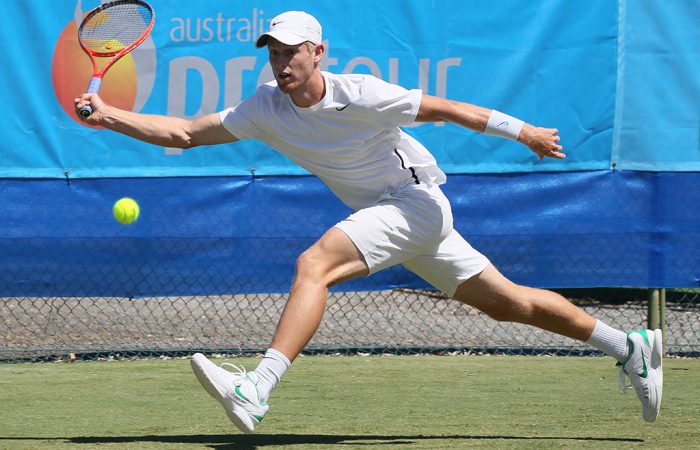 International tennis will return to Albury for the first time since 2003 when the AlburyCity Tennis International, an ITF Pro Tour tournament, returns to the town’s grass courts from 25 February to 3 March 2019.

In a big coup for the border, Albury Tennis Association, in conjunction with AlburyCity Council, Tennis Australia and Tennis NSW, will host top men’s players from around the world as well as a crop of up-and-coming Australian tennis stars.

They will compete for USD $25,000 in prize money and valuable international ranking points.

Platinum AMT’s are the pinnacle competition for Australian tennis players outside of the Australian Pro Tour events and provide maximum Australian ranking points.

All events will be free to watch and will also host a multitude of opportunities for locals to engage with including Come and Try sessions, kids’ activations and other entertainment to be revealed.

AlburyCity Mayor Kevin Mack said the AlburyCity Tennis International will be a fantastic event for the local community to support and be involved with.

“Albury-Wodonga is a leading sporting community with a great track record in hosting competitions at all levels so we’re really looking forward to welcoming some of the world’s best tennis players when this fantastic tournament kicks off,” he said.

“Not only will it give locals and visitors a chance to see high-calibre tennis, it will also provide a valuable boost to the economy and strengthen our standing as a first-class sporting destination.”

“This is a wonderful opportunity for Albury to showcase high quality tennis,” Wurtz said.

“We encourage all locals to come down to the Albury grass courts and join in on the action.”

“We’re delighted to partner with AlburyCity Council and Albury Tennis Association to deliver a great spectacle for tennis in NSW,” Starr said.

“Albury has some of the best grass courts in the country and we couldn’t be more thrilled to welcome the Australian Pro Tour back to the Border.

“The event is a fantastic opportunity for Albury and the region, bringing international tennis to town for the local community to support. I’m sure it will inspire many future stars and regional players to get involved and pick up a racquet.”