The 2018 Australian Wheelchair National Championships have wrapped up in Melbourne over the weekend. 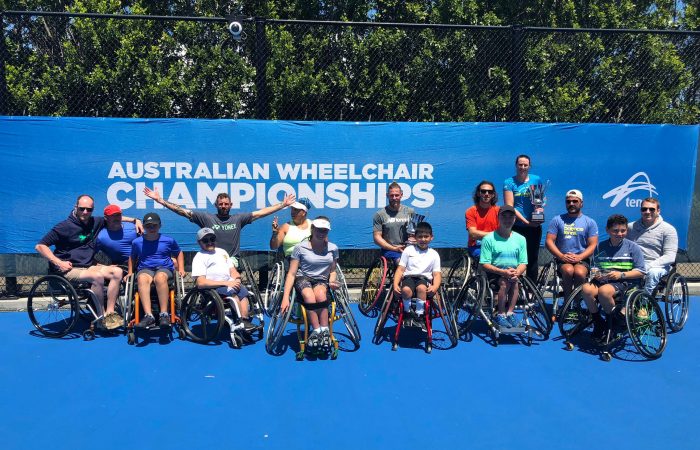 The National Championships are an opportunity for players to compete and challenge themselves against their peers whilst vying for Australian titles.

Four-time Paralympian and world No. 20 Ben Weekes (NSW) took out the men’s singles title over 2017 National Champion and fellow Paralympic teammate Adam Kellerman. The final was a fierce battle with Weekes overcoming a relentless Kellerman in a third set tiebreak. Other title winners included Janine Watson who took out the women’s title over junior star Hayley Slocombe, whilst 13-year-old Riley Dumsday showed he is a force to be reckoned with, taking out the junior singles title 6-0 6-3 after overcoming opponents much older than him. Sydney’s Fiona Sing was also victorious in the Quad singles event.

Sixteen-year-old Hayley Slocombe, world No.7 junior girl, was a standout at the National championships playing in all four eligible events and each respective final including; women’s and junior singles and doubles events. This month saw Hayley also make her ITF women’s wheelchair top 100 debut, making her the youngest star to feature in this group.

In addition to the above events, the Nationals also hosted a Come and Try day and Green Ball competition under the guidance of highly-esteemed National Wheelchair Tennis Coach educator Greg Crump and wheelchair tennis talent development manager Holly Tawse. The green ball competition saw more than 4 juniors take part in a fun and competitive atmosphere, whilst the come and try day saw more than 5 new participants attended, trying out the sport for the first time.

The Nationals also hosted a group of inpatients from the Royal Talbot Rehabilitation Centre who came out to watch over the weekend and have been playing wheelchair tennis, coached by Greg Crump, as part of their rehabilitation. Crump has been coaching this program at the Royal Talbot for over twenty years now which has witnessed several top Australian wheelchair tennis players come through.

For more information on how to get involved please visit www.tennis.com.au/wheelchair.