Alex de Minaur goes undefeated in three round-robin matches at the Next Gen ATP Finals and now faces Jaume Munar for a place in the final in Milan. 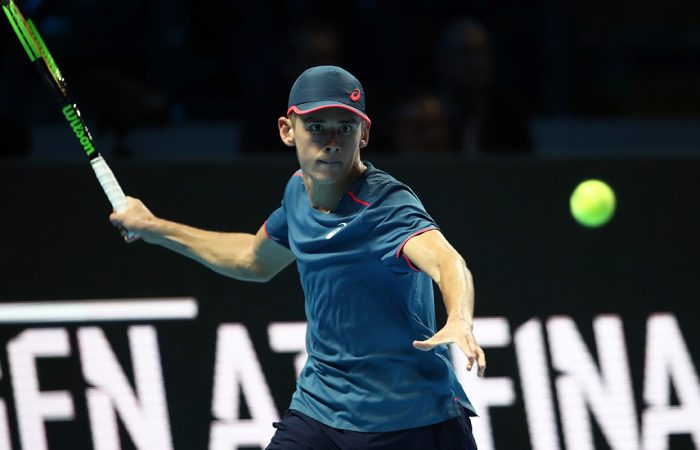 Alex de Minaur has continued to dominate at the Next Gen ATP Finals, defeating Taylor Fritz in straight sets on Thursday.

He was already guaranteed to qualify for the semifinals, but his win over Fritz ensured he would top Group B and play the second-placed finisher in Group A in the semifinals.

That player is Spain’s Jaume Munar, who brushed aside Frances Tiafoe in straight sets.

The Group A winner was Stefanos Tsitsipas, while also going through to the semifinals was Andrey Rublev; the Russian was able to qualify after De Minaur won the first two sets against Fritz, preventing the American from progressing.

“Whenever I step on court, I want to leave 150 per cent out there and today was no different,” De Minaur said after beating Fritz.

“I just had to dig deep. I was down and out there and I managed to scrap my way with a couple good returns and a couple long rallies. I managed to get that one cheap point and was able to serve it out, so that first set was crucial.

“I’m really proud of my effort and I’m looking forward to what’s next.”