Thanasi Kokkinakis wins his second ATP Challenger title of 2018 and returns to the cusp of the world's top 150. 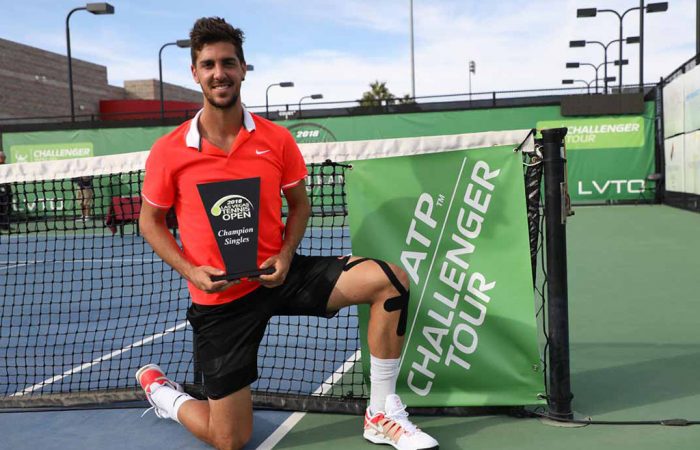 Thanasi Kokkinakis has completed an excellent week in Las Vegas, not dropping a set en route to his second ATP Challenger title of the season.

The 22-year-old beat Slovenia’s Blaz Rola 6-4 6-4 to clinch the trophy, two months after winning the crown in Aptos, California.

He was dominant on serve, slotting 13 aces, winning 94 per cent of his first-serve points and not facing a break point throughout the match, which lasted 79 minutes.

How good is Vegas #bluecollar https://t.co/G9i0w1vRMi

Kokkinakis arrived in Las Vegas on a three-match losing streak but turned his fortunes around in a big way with straight-sets wins over Alexander Cozbinov, Lloyd Harris, Darian King and Casper Ruud to reach the final.

The tournament victory boosted his ranking 38 places to No.154.

Kokkinakis has endured yet another injury-plagued season yet his win-loss record has improved to 28-17 in 2018.

He will continue to try and get matches under his belt when he plays another Challenger event this week in Charlottesville, Virginia.