Second seed Alexander Zverev stops young Aussie Alexei Popyrin - a qualifier on a three-match winning streak in Basel - in two tight sets to reach the quarterfinals of the Swiss Indoors. 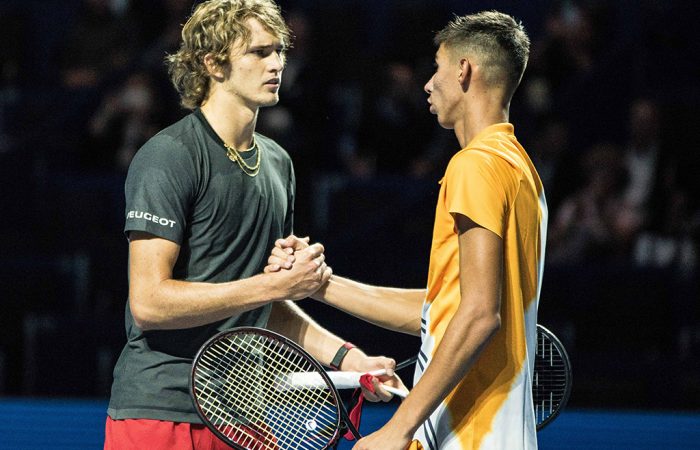 Australian qualifier Alexei Popyrin has been knocked out of the Swiss Indoors with opponent Alexander Zverev progressing to the quarterfinals.

The second-seeded German beat Popyrin 6-4 6-4 in their second round match at the St. Jakobshalle in Basel on Thursday to secure his 51st win of the season.

German Zverev, who is chasing a fourth ATP title this season, lost only two first-serve points on the way to victory.

Zverev was impressed by the Sydney-born 19-year-old, who recorded his first ATP main draw victory in the first round against compatriot Matthew Ebden.

“He has a very good technique, I think he’s going to be very dangerous in the coming years,” said 21-year-old Zverev.

“He has tremendous talent and tremendous potential. He’s going to be a very good player in the future. He wasn’t nervous, he enjoyed his time out there.”