Kyrgios ends season after succumbing to injury in Moscow

A recurring elbow injury forces Nick Kyrgios out of the Kremlin Cup in Moscow, and sees the Australian decide to end his year early. 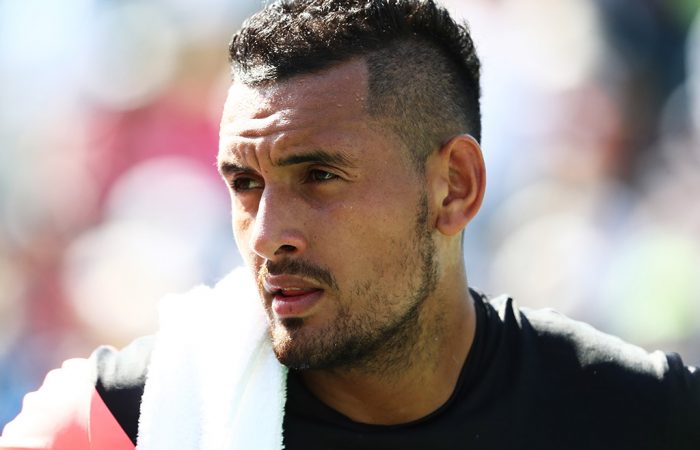 Australia’s Nick Kyrgios has decided to end his tennis season after a recurring elbow injury forced him out of the the Kremlin Cup in Moscow.

The Australian No.3 had been due to play Mirza Basic for a place in the quarterfinals on Thursday.

Kyrgios says it’s a recurrence of an injury which caused him to miss several tournaments this season, including the French Open.

“I’m going to choose to wrap up my season, head home and start the recovery,” the Australian said on Thursday. “See you all in 2019.”

For Kyrgios it ends a season that started with a bang when he won his fourth career title by defeating American Ryan Harrison in the Brisbane International final in January.

He went on to enter 16 tournaments but after his Brisbane triumph he only advanced past the round of 16 on four occasions and none of those were at a Grand Slam.

A high point was when Kyrgios forced Swiss great Roger Federer to win two tiebreakers to progress from the Stuttgart Open semifinals in June.

Later that month, the Australian also pushed Marin Cilic to two tiebreakers before the Croatian ace could progress to the Queen’s Club Championship decider.

His rankings clearly show the trajectory of his season.

Kyrgios started as world No.21 before rising to 14th in late January yet he ended the season as world No.37, his lowest ranking since February 2016.

His Bosnian opponent at the Kremlin Cup, Basic, will now walk into a quarterfinal with Russian Karen Kachanov.