Sam Stosur wants to continue playing tennis but knows her time remaining at the elite level is limited as she prepares to embark on her 21st professional season. 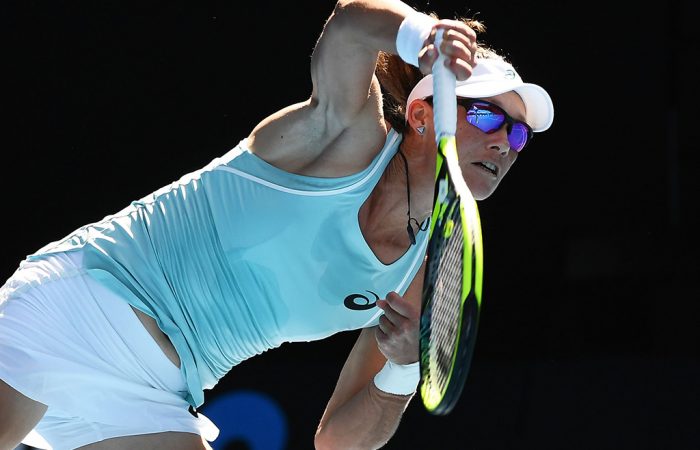 Sam Stosur admits she isn’t sure how many more Australian tennis summers she has left as she prepares for her 21st year on the WTA tour.

The 2011 US Open winner and former world No.4 will again start her Australian swing at the Brisbane International on New Year’s Eve – this time alongside fellow Grand Slam champions Naomi Osaka, Sloane Stephens and Petra Kvitova.

The 34-year-old won’t put a date on her retirement but she concedes it’s become a consideration despite enjoying an injury-free 2018.

“I don’t know necessarily how many more Brisbane Internationals or Australian Opens I’m going to have, but while I’m still playing the way I am I want to be part of it,” Stosur said.

Had fun today meeting the kids at Kenmore South State School. Happy playing and maybe I’ll see you at the #brisbaneinternational 2019 😃 I can’t wait to come back 🎉 https://t.co/Rcg1oAScoG

“I’ve got a bit of an idea but it’s so hard to say. I don’t want to put a date on it because if you feel like you want to keep going (when you should retire) you look like a bit of a fool, and if you quit earlier then you look silly as well.

“Not knowing how many are around the corner … it’d be nice to go out on a bit of a high with a good result in Australia.”

A hand injury stunted her 2017 campaign but she is back home healthy with an improved ranking of 74 – she briefly dipped outside the top 100 – after a consistent, if not dominant season.

“Probably overall (this year’s been) a little bit disappointing, but in a lot of ways it was good because I went the whole year without being injured and missing anything,” she said.

“I feel like I’m actually playing really well at the moment – obviously you’ve got to get those wins on the board – but I feel like its all there and I’m looking forward to next year.”