Daria Gavrilova goes down in three sets to former world No.4 Johanna Konta as John Millman loses in three to third seed Stefanos Tsistipas in Stockholm. 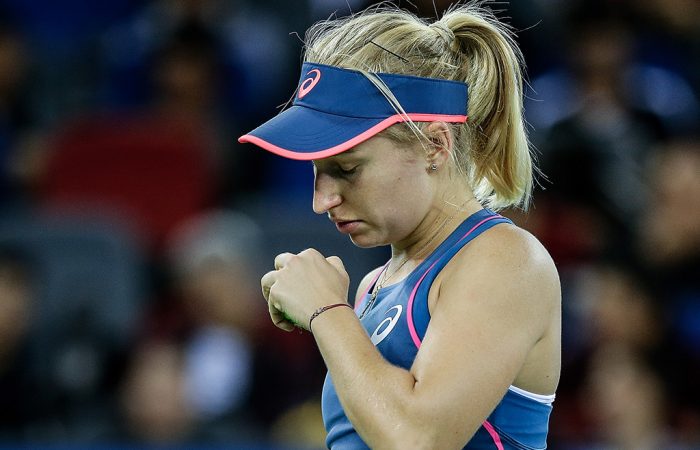 Daria Gavrilova’s Kremlin Cup campaign  came to an end at the hands of Britain’s Johanna Konta in the round of 16.

Nick Kyrgios remains alive in the tournament; he plays Bosnian world No.76 Mirza Basic for a place in the quarterfinals.

MIllman, who has been struggling with a hip injury since his run to the quarterfinals of the US Open, came through a tough test when he battled back from a set down to beat countryman Alexei Popyrin on Tuesday.

However, 20-year-old world No.16 Tsitsipas – the third seed in Stockholm – proved to be a step too far for the Queenslander.

Tsitsipas reeled off three successive games to seal victory in the third set in just over two hours.