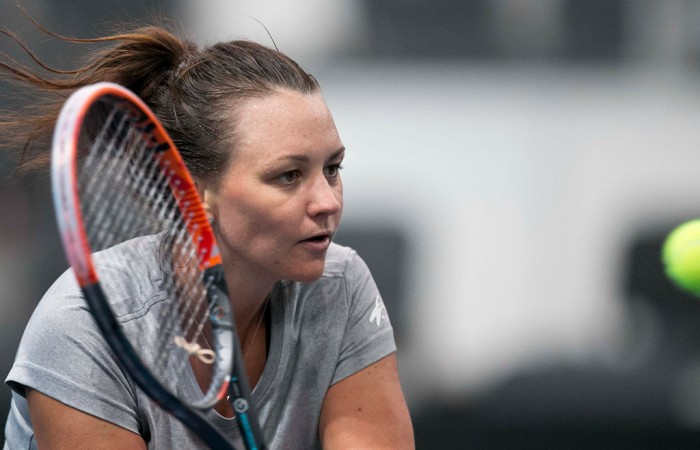 The event features 36 of the best junior players from 18 Asia-Pacific countries, who will compete over six days, from 16-21 October, in 16/u and 14/u age categories.

Former world No.26 Dellacqua, a Grand Slam mixed doubles champion and seven-time major doubles finalist, is looking forward to working with the girls in Singapore.

“I’m really excited about working with Charlotte and Annerly for the WTA Future Stars; the girls have both performed well throughout the year to secure their spots in the team,” she said.

“The program is a great opportunity for our young players to learn, train and play alongside some of the world’s best players.

“Having that experience is second to none, these girls are the next generation of Australian tennis and I’m really excited about working with them and mentoring  them over the next couple of weeks.”

Poulos, 15, was awarded the opportunity after a breakout year on the junior circuit finishing as Australia’s top 16-and-under girl.

Similarly, 14-year-old Kempenaers-Pocz has had a strong 2018 and is currently the top 14-and-under girl in Australia.

Earlier this season Kempenaers-Pocz represented Australia at the ITF World Junior Tennis competition and made an ITF junior singles final, semifinal and two quarterfinals. She has also been a finalist in two junior ITF doubles events.

The WTA Future Stars event will take place alongside the elite season-ending WTA Finals, where the world’s top eight female players will compete for the final title of the year.

Australia’s top-ranked player Ashleigh Barty (Qld) earned a place in the doubles field and will team up with American Coco Vandeweghe. Barty and Vandeweghe enjoyed a successful year, claiming two doubles titles including the US Open.

As well as having the opportunity to play on centre court at the Singapore Indoor Stadium, the WTA Future Stars competitors will join their idols at the WTA Finals draw ceremony and player party.

For more information about the event, draw and schedule please visit https://www.wtafinals.com/players/wta-future-stars.