Hives too good in Toowoomba

Victorian Zoe Hives has returned from injury to win her second Australian Pro Tour title this year in Toowoomba. 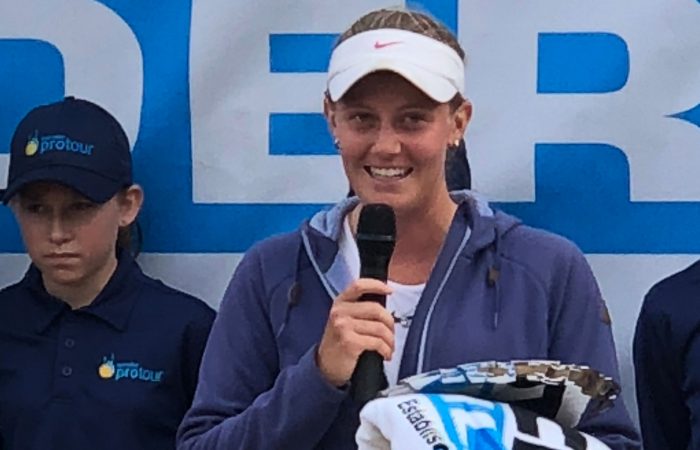 “I still can’t really believe it but I’m happy to have got the win,” an elated Hives said after the 6-0 6-2 victory. “I’m a bit shocked at how well I played to be honest. I came out and was just on from the start. I didn’t give her much of a chance to settle.”

Difficulties with the weather during the week meant both women had to play consecutive matches on Sunday with Perez, the No.5 seed, required to finish her quarterfinal, as well as fight out a three-set semifinal, before the title play-off.

“She’d already had a big day, but it was hard for both of us actually,” Hives said.

The loss was made harder still for Perez, who has now played in three consecutive finals on the Australian Pro Tour, after also falling in the title matches in Darwin and Brisbane.

After winning a maiden Australian title in Playford earlier this year and making semifinals in Burnie, Launceston and Canberra, the 21-year-old Hives missed a large part of the season due to injury.

“I came here this week just wanting to find some form and now I’ve been able to do this, I’m really happy,” the Victorian said.

“That’s the hope now, just to keep it going.”