Gavrilova fights back to beat Diyas in Hong Kong

Daria Gavrilova reaches round two at the Hong Kong Open but there are defeats for Sam Stosur and Priscilla Hon. 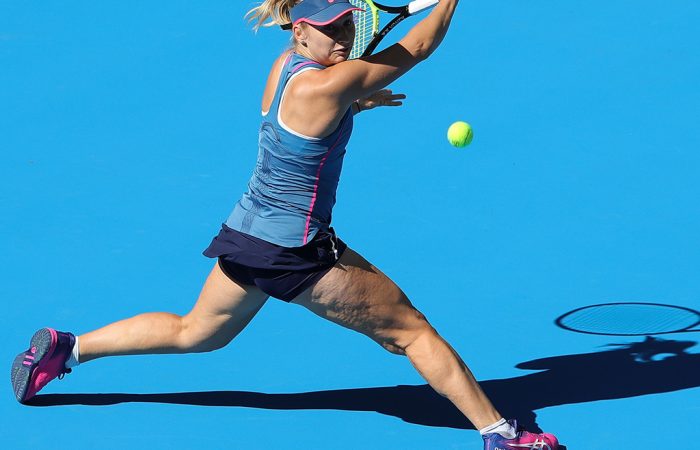 Daria Gavrilova battled her way into the second round of the Hong Kong Open on a day of mixed results for Australia.

Gavrilova, who reached the final of this tournament last year, came from a set down to beat Kazakhstan’s Zarina Dyas 3-6 7-5 6-1.

However, there were defeats for Sam Stosur, who went down to Japanese qualifier Nao Habino, and also Australian wildcard Priscilla Hon who lost to to top-seeded Ukrainian Elina Svitolina 6-2 6-3.

“I’m definitely so happy that I finished in two sets and was able to break – that was really important,” Svitolina told wtatour.com.

“It was really tough out there today, she was trying to play really aggressive from the baseline. It was so important to finish it in two sets.”

The 13th-ranked Muguruza, who turned 25 on Monday, has struggled since reaching the French Open semifinals in June.

Two weeks ago at Wuhan was the first time since the French Open that she played three matches at a tournament.