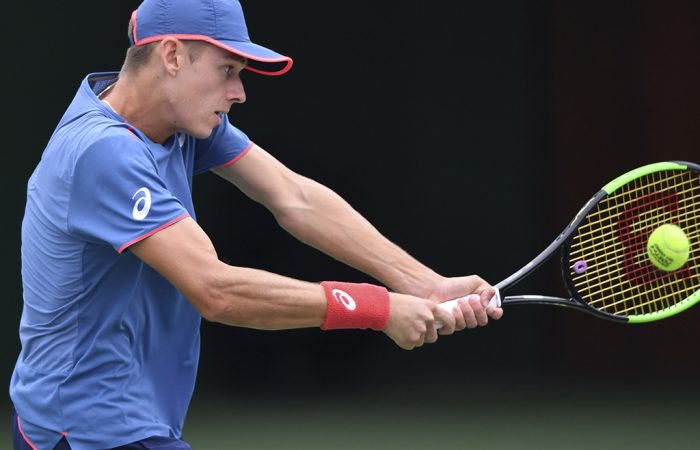 Alex de Minaur set up a tasty third-round encounter with fourth seed Alexander Zverev after a straight-sets win at the Shanghai Masters on Wednesday.

The Australian eased to a 6-4 6-3 win over Frenchman Benoit Paire as his late-season run gains momentum.

Already at a career high No.33 in the world, the 19-year-old is eyeing more rankings points as he closes in on a seeding at next year’s Australian Open.

It is his first third-round appearance at a Masters series event, the highest-rated tournaments outside the Grand Slams.

Standing in the way of a quarterfinal appearance is German Zverev, who enjoyed an impressive second-round win over in-form Georgian Nikoloz Basilashvili 7-5 6-4.

World No.5 Zverev had too much in the tank for De Minaur in the Washington final back in August, when he won in straight sets, but the Australian pushed him to a fifth-set tiebreak at the Davis Cup earlier in the year.

“He’s nearly top 30 and obviously playing great tennis as well. I played him twice this year.

“Once was a very tough match in Davis Cup, which went to a very long five sets, the other one was in the Washington final where I played great.

“Obviously, it’s not going to be an easy match, especially on this surface. I’m looking forward to it.”