Look out for home title

Veteran Michael Look is the last remaining Australian at the Australian Pro Tour event in Brisbane after reaching the semifinals. 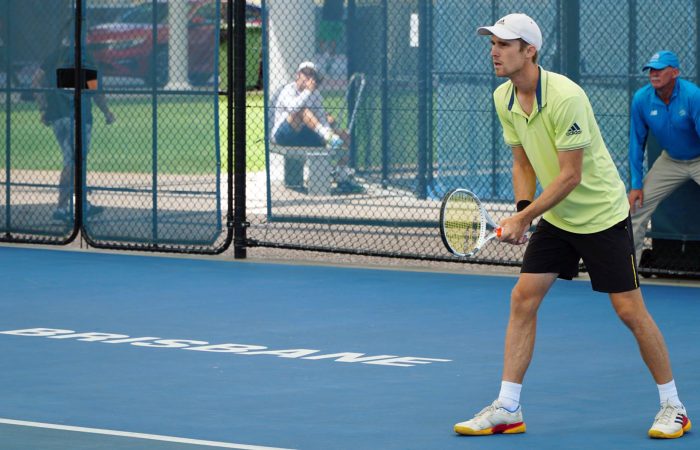 “I feel like in the last three or four months my game has started to go to the next level,” he added, noting two recent ITF Futures singles finals appearances in Indonesia. “On the back of those results I’m a lot more confident in my game and being a lot more aggressive on court. With my game style, I benefit a lot from an aggressive mindset.”

Look, the No.7 seed in Brisbane, will next take on American Colin Sinclair for a coveted shot at a home title.

“He’s had some good results recently too, so both of us are in form,” he said of Sinclair. “It should be a good match.”

“He was one of the dark horses for the title, so now he’s out it’s definitely opened up,” Look said in regards to his compatriot.

Boyer will face his doubles partner, Brit Evan Hoyt, in the other semifinal on Saturday. Hoyt dismantled China’s Aoran Wang 6-0 6-1, after Wang ousted South Australian top seed Bradley Mousley in the opening round.

In the women’s event, Kimberly Birrell extended her winning streak against top seed Olivia Rogowska and will now face Shilin Xu from China in the semifinals, bidding to defend her Brisbane title and take out consecutive Australian Pro Tour titles after success in Darwin last week.

Ellen Perez had no trouble disposing Indian qualifier Rutuja Bhosale and is the last remaining seed (No.8) in the draw.