Daria Gavrilova's China Open campaign is over after she is eliminated by world No.30 Dominika Cibulkova in round two. 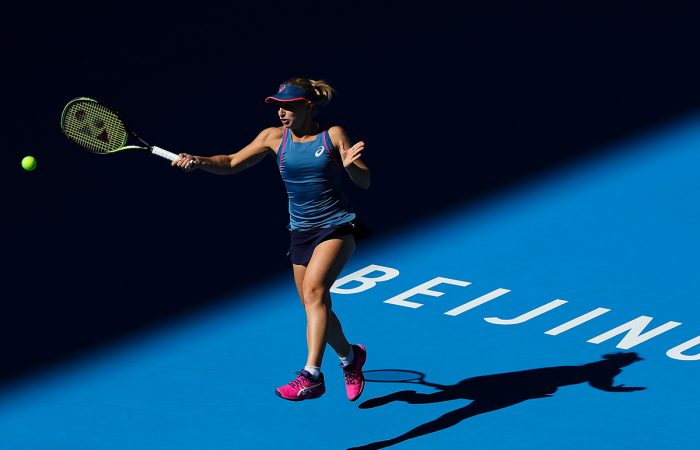 Daria Gavrilova hopes to bounce back strongly after a China Open second-round exit.

Former world No.4 Dominika Cibulkova ended the Australian’s campaign in Beijing on Tuesday, posting a 6-3 6-3 victory.

Gavrilova admitted a shoulder injury, sustained in an awkward movement made in Wuhan last week, affected her in the match. After defeating world No.5 Petra Kvitova in the opening round, Gavrilova withdrew from a scheduled doubles match yesterday to give her shoulder extra time to recover.

“I wasn’t 100 per cent,” Gavrilova said. “It doesn’t happen that often that I play with an injury, so I don’t think I handled it that well. I was overcompensating and wasn’t going after my backhand, I was just overthinking it a bit. But she played a good match, so it was tough.”

Gavrilova is hopeful she can recover in time to end her season with tournaments in Hong Kong and Moscow in the next fortnight.

“I made the finals in Hong Kong last year, so hopefully I can win it this year,” she said.

Currently ranked No.33, Gavrilova is determined to finish the season inside the world’s top 32.

“That’s the main goal, to make sure I get a seeding at the Australian Open,” she said.