Alex de Minaur shows his fighting qualities again, coming back from a tough position to make the quarterfinals of the Shenzen Open. 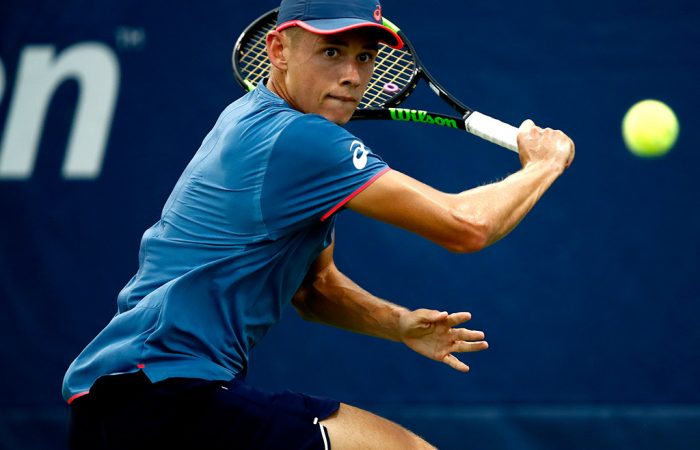 Alex de Minaur enhanced his reputation as Australian tennis’ new battler by clawing his way into the Shenzen Open quarterfinals with a three-set win on Thursday.

He will next meet Damir Dzumhur for a spot in the semifinals, the match a likely preview of some Davis Cup action in February when Australia play Bosnia in a qualifying tie to make the main group of the new competition in November.

De Minaur had demonstrated his fighting qualities in Washington last month, saving four consecutive match points in a second-set tiebreaker against Andrey Rublev to progress to the tournament decider.

At the US Open he pushed 2014 champion Marin Cilic to five tight sets in a third-round encounter.