Australia to face Bosnia and Herzegovina in Davis Cup

Australia will face Bosnia and Herzegovina at home in the 2019 Davis Cup qualifying round in February. 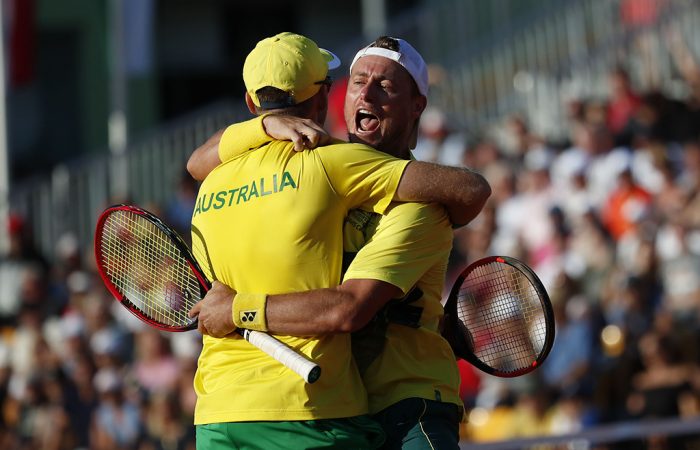 Australia have drawn Bosnia and Herzegovina in a home qualifying tie on February 1-2 after Britain and Argentina were given wildcards for the 2019 Davis Cup event.

Lleyton Hewitt’s team lost to Austria in their World Group play-off earlier this month but have been upgraded to a seeded qualifier, as well as Switzerland, after Argentina and Britain were given straight passes into the finals, to be staged in either Lille or Madrid.

The 2016 champions Argentina and Britain, who won the previous year, will join the four semifinalists from this year’s edition – champions France, finalists Croatia, Spain and United States – in the climax to the 2019 event.

Those nations will be joined in the new week-long, 18-team finals in November 2019 by 12 more sides who will secure their places from a dozen qualifying ties in February.

Australia will take on Bosnia and Herzegovina for the first time, with world No.39 Damir Dzumhur and No.79 Mirza Basic the visitors’ leading players.

The makeover of the event has been made by the International Tennis Federation (ITF), in partnership with the investment group Kosmos, founded by Barcelona and Spain footballer Gerard Pique.

Argentina, led by Juan Martin del Potro, won their first title in 2016 in their fifth Davis Cup final, while the British team won their 10th title thanks to an inspired performance from Andy Murray in 2015.

The last of the finals to be staged under the traditional format will see France attempting to defend their crown against Croatia in Lille on November 23-25.