De Minaur off to flyer in Shenzhen

Alex De Minaur drops just three games in a first-round clinic at the Shenzhen Open against Yuichi Sugita of Japan. 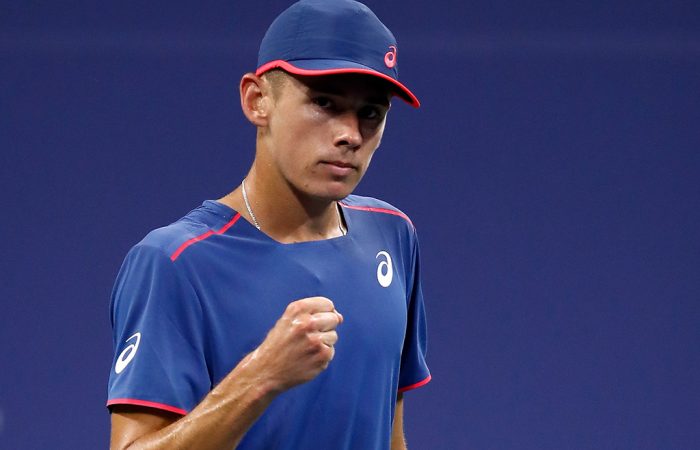 Australia’s Alex de Minaur is through to the second round of the Shenzhen Open where he has joined former world No.1 Andy Murray.

Seventh-seeded de Minaur reached the last 16 in at the Chinese tournament after beating Yuichi Sugita of Japan 6-3 6-0.

The 19-year-old will next meet American Mackenzie McDonald who was leading 5-7 6-0 5-0 when Slovakia’s Lukas Lacko retired.

Former world No.1 Murray also progressed after surviving a stern test from Chinese wildcard Zhang Zhizhen, who retired in the final set.

The Briton faced 10 break points in the match, saving eight of them. It was his first match since losing in the second round of the US Open last month.

Murray will next face defending champion and top-seeded David Goffin, who received a first-round bye.

Elsewhere in the first round, fifth seed Fernando Verdasco saw off Jason Jung 6-3 6-2 while Denis Shapovalov, the Canadian sixth seed, battled past Ilya Ivashka 7-5 2-6 6-3 in a rain-interrupted match which was suspended for more than three hours.