Bernard Tomic joins Matt Ebden in the main draw of the ATP Chengdu Open in what was a winning weekend for Australians in China. 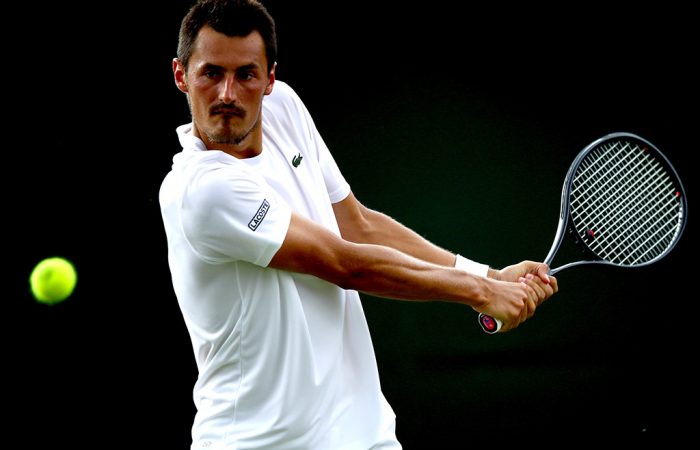 Bernard Tomic won his second match in as many days to qualify for the main draw of the ATP tour event in Chengdu, China.

The Aussie beat Belarusian Egor Gerasimov 6-7(5) 6-3 7-6(4) on Sunday, turning the tables on his opponent after losing to Gerasimov six weeks ago in Los Cabos.

Tomic will face Bradley Klahn in his first-round main draw match in Chengdu as he continues his push back towards the top 100.

His latest win takes his record to nine wins from his past 11 matches – his season win-loss record stands at 28-15 – and he is projected to rise to No.119 in the ATP rankings.

Tomic has landed in the opposite half of that draw to Matt Ebden; the West Australian is seeded sixth this week in Chengdu.

A day earlier in Guangzhou, China, Monique Adamczak and Jessica Moore combined to win their first WTA title as a duo.

Adamczak and Moore each own two WTA doubles titles.

The news was not so good for Sam Stosur, who fell in her opening-round match in Wuhan on Sunday.

Stosur, a wildcard into the main draw, was beaten 6-2 6-2 by China’s Zhang Shuai, whom she recently teamed with to reach the US Open doubles semifinals.

Meanwhile, Jordan Thompson came close to a second ATP Challenger title of 2018 but ulitmately fell in the final of the event in Columbus, Ohio on Sunday.

American Michael Mmoh proved too strong for the Aussie, winning 6-3 7-6(6).

Back in titletown ➡️ @MichaelMmoh

The #NextGenATP 🇺🇸 is your champion in Columbus, d. Thompson 63 76(4). pic.twitter.com/GH1vqIg5Mq

However, it was a confidence-boosting week for the Sydneysider, who arrived in Colombus on a five-match losing streak before turning that around in building a four-match winning streak.

The result is expected to push Thompson back to the brink of the top 100.