Gavrilova goes down fighting to Pliskova in Tokyo

Both players finished with 97 points apiece, but No.4 seed Karolina Pliskova pipped Australia's Daria Gavrilova in three sets to advance to the quarterfinals of the WTA Toray Pan Pacific Open. 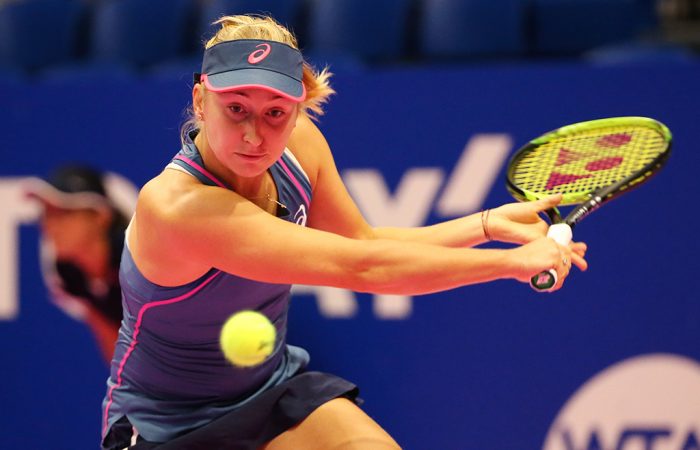 Daria Gavrilova came as close as she ever has to beating Karolina Pliskova but fell in three sets to the Czech on Wednesday in the second round of the Toray Pan Pacific Open in Tokyo.

Pliskova could face Garbine Muguruza in the quarterfinals, should the sixth seed get past American qualifier Alison Riske.

Gavrilova – who saved match points to beat Pliskova’s twin sister Kristyna in the first round – trailed 4-1 in the first set before staging a remarkable comeback, winning five straight games to take it.

She dropped serve in the fifth game of the second set to hand Pliskova an advantage she would not relinquish and the Czech sent the match to a deciding set.

The Aussie looked irrepressible when she forged ahead in that, but Pliskova remained unflustered and played consistent tennis – if lacking her usual sting – to work her way back.

Impressively, Gavrilova fought off three break points in the ninth game with aggressive tennis, but Pliskova broke at the fourth time of asking to get ahead 5-4 and closed out the match in the next game with a winning volley.

Gavrilova’s countrywoman Ash Barty remains alive in Tokyo, and faces wildcard Victoria Azarenka – a former world No.1 and two-time Australian Open champion – for a place in the last eight.

Meanwhile, on Tuesday in France, Bernard Tomic was knocked out of the Moselle Open in Metz after defeat to French wildcard Ugo Humbert.

Australian qualifier Tomic, who had reached the main draw via a win over Mats Moraing, went down 6-7(5) 6-3 6-4 to the local player.