Canberra's Annerly Poulos has made her top 100 debut, rising more than 1000 places in the rankings to 86 after a stellar year on the junior circuit. 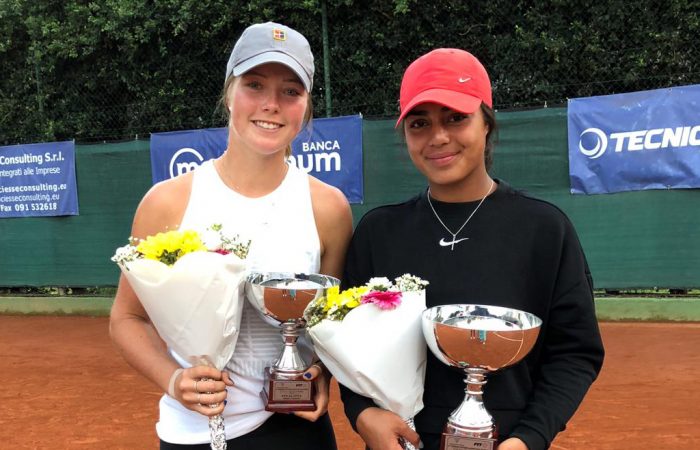 Starting the year ranked 1120, the young star made her top 100 debut rising to 86 this week in the ITF junior rankings after a solid year on the junior circuit.

Poulos came through qualifying in Sydney to claim the ITF 3 Australian Winter International.

She then backed up to claim the ITF 3 Ockel Tournament Leeuwenberg Championship in the Netherlands and ITF 3 4th Torneo Internazionale Junior “Citta Di Palermo” in Italy.

She also teamed with fellow Aussie junior Olivia Gadecki (Qld) to claim the doubles titles at the Netherlands and Italy events.

Poulos is currently travelling as part of the 16-and-under Australian Junior European tour preparing for the Junior Fed and Davis Cup Finals in Hungary next week.

As part of the tour, the group competed in those tournaments won by Poulos before undertaking a training camp at the Italian Tennis Federation in Terrenia this week.