Hewitt: Aussies have momentum ahead of Davis Cup

With multiple Australians in the top 50 and coming off career-best results at the US Open, Davis Cup captain Lleyton Hewitt believes this positions the team well ahead of its tie against Austria in Graz. 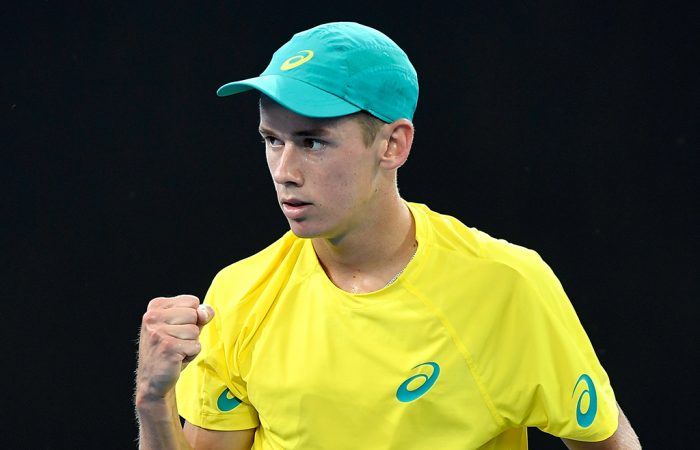 Despite a tough task facing the Australian Davis Cup team in the form of a Dominic Thiem-led Austrian outfit, captain Lleyton Hewitt believes his team is in one of the best positions its ever been.

Hewitt is among the five-player squad which also includes John Millman, Alex De Minaur, Jordan Thompson and John Peers, who will take on the Austrians this weekend on a clay court in Graz.

The wider squad also includes Alex Bolt and Marc Polmans, who have joined the team in Austria as hitting partners for the World Group Play-off tie.

For the first time in 17 years, Australia has four men inside the world’s top 50 and several of them are coming into the tie fresh off career-best Grand Slam results at the US Open.

“There’s a lot of stuff for our team to carry over into this Davis Cup tie but also finish the year extremely strongly,” Hewitt said.

“The US Open was a massive positive for Australian men’s tennis, obviously led by John Millman and Alex de Minaur.

“John beat the great Roger Federer and went on to lose to the eventual champion Novak Djokovic, making the final eight at Flushing Meadows and playing some of the best tennis of his career. Alex at the age of 19 made the third round and played a fantastic match against a former US Open winner in Marin Cilic.

“We want to try and hunt in packs and to have as many guys getting into Grand Slam main draws and top 100 in the world, but for them to then go on and make that transition into the top 50 where they get to play all the big tournaments throughout the year really helps.”

Thiem reached the final at Roland Garros this year after semifinal finishes in Paris in 2016 and 2017, plus back-to-back Madrid Masters finals in 2017 and 2018.

But the Australian team is adept on the dirt and has been training purposefully in Europe on the surface in preparation for the tie and for facing one of the game’s most damaging clay-court players.

“It’s going to be a big test for our boys but once again we look forward to the challenge of taking (Thiem) on. He’s got a lot of pressure on his shoulders to go out there and win both his singles against our boys,” Hewitt said.

“The team camaraderie here in Graz with the Australian boys is as good as I’ve ever been a part of in a Davis Cup tie. These guys are all here doing absolutely everything they can to prepare as well as possible to represent their country.

“We’re really looking forward to going out there as a tight unit this weekend and hopefully putting in a really good result.”