Dylan Alcott wins his sixth Grand Slam title, and second US Open, with victory over rival David Wagner in the final at Flushing Meadows on Sunday. 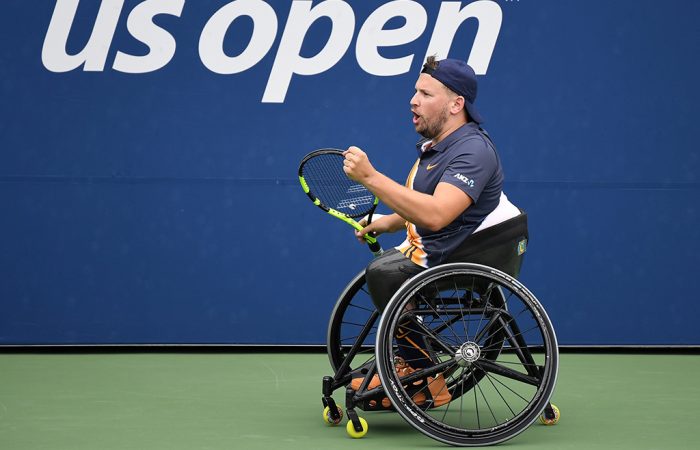 Alcott has won the last four Australian Opens and also triumphed at the US Open in 2015; he beat Wagner in all of those finals bar one.

Alcott arrived in New York having reached the semifinals of the USTA Wheelchair Championships event in St Louis.

And he was in even better form at the US Open, winning all three of his round-robin matches – including a three-set win over Andy Lapthorne, who beat him in St Louis.

Alcott then defeated Wagner for the second time this week – after winning their round-robin match in straight sets – in the title match.

2018 US OPEN CHAMPION!!! 6 singles Grand Slams in the books.. Love to every single one of you for the love and support!! #usopen @usopen pic.twitter.com/zxsjDrpJsq