Ash Barty's excellent US Open has been boosted further with the young Aussie being honoured with this year's US Open sportsmanship award. 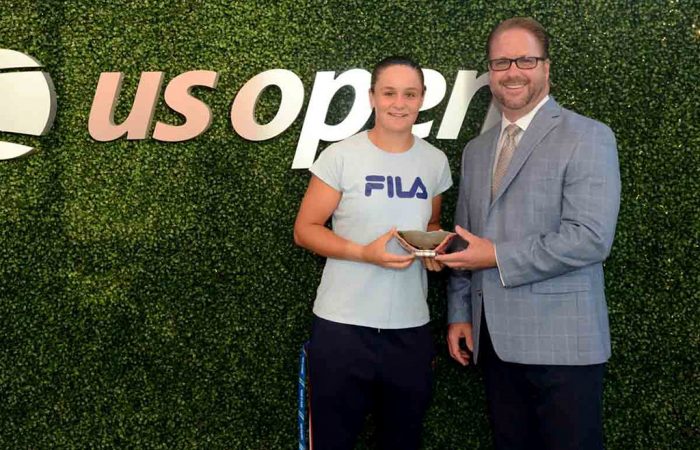 Ash Barty on Wednesday was acknowledged with the US Open annual sportsmanship award.

The Australian won the award in recognition of her excellence in sportsmanship throughout the US Open Series and the US Open, the latter at which she reached the fourth round in singles and is through to the women’s doubles final.

“I always try to do my best on the court to compete and try the best that I can, but in the same breath also have good sportsmanship and respect my opponent, respect the tournament and respect everything that goes on behind the scenes to make it a possibility.”

Throughout the North American summer, Barty played in Montreal (where she reached the semifinals) and Cincinnati (third round), going 9-3 on hard courts since Wimbledon.

Barty receives a trophy and $5,000 to donate to a charitable cause of her choice.

The USTA first introduced the sportsmanship award in 2012, which was won by Barty’s countrywoman Sam Stosur.

The award aims to educate and inspire young players, and their parents, to develop and exhibit high levels of sportsmanship and a sense of fair play and mutual respect both on and off the tennis court.