John Millman will play under the bright lights of Arthur Ashe Stadium when he faces Roger Federer on Monday night in the fourth round. 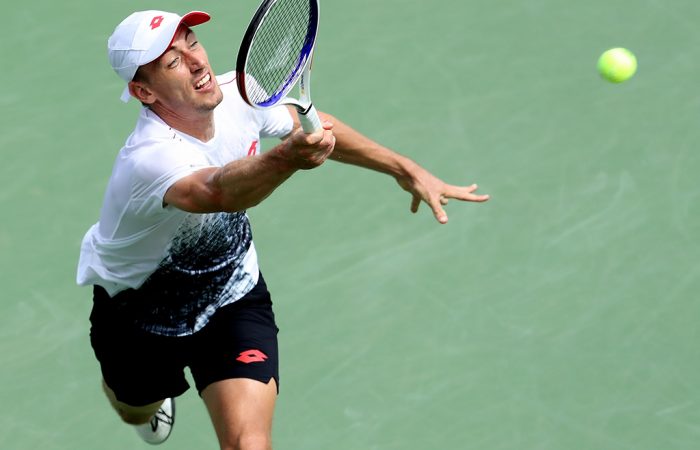 John Millman will make both his Grand Slam fourth round and Arthur Ashe Stadium debut when he meets Roger Federer under lights on Monday in the US Open’s round of 16.

ORDER OF PLAY: US Open Day 8

The Queenslander is the last Aussie standing in singles after Ash Barty went out to Karolina Pliskova in the fourth round of the women’s singles on Sunday. Millman faces perhaps the toughest test in tennis – he takes on five-time Roger Federer on the biggest court in the world.

“I managed to have a hit on it first time with Andy (Murray) before the tournament, so that was actually pretty cool,” Millman said before he knew of his opponent. “I didn’t necessarily think I’d end up potentially playing on Arthur Ashe, but if I do, I think it’s one of the more iconic courts in the world, so I think that’s really cool.”

Into the last 16 of a major for the first time, Millman will have nothing to lose against the 20-time major winner, who dismissed Nick Kyrgios in straight sets in the previous round. Although the odds are stacked against him, Millman will take confidence from stretching Federer to three tight sets on Pat Rafter Arena at the Brisbane International in their only previous meeting in 2015. Millman also ousted in-form 14th seed Fabio Fognini in the second round this fortnight in New York. He’s in fine touch.