Ash Barty reaches the fourth round in singles for the first time at a Grand Slam with victory over Karolina Muchova at the US Open. 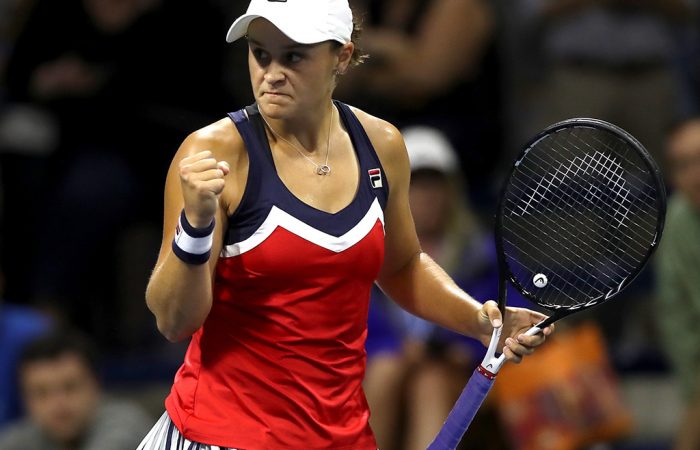 Australian No.1 Ash Barty is through to the fourth round of a Grand Slam for the first time in singles following victory over Czech qualifier Karolina Muchova at the US Open.

“You have to go one match at a time to get stuck into the tournament and to get into the second week is a big move, sort of a big hurdle, but there’s a very long way to go,” said Barty.

“Hopefully it’s nice for my team and my family and everyone who’s with me. We can kind of enjoy everything from now.

A busy day of action saw Barty’s match moved from Grandstand to Court Five on Friday evening at Flushing Meadows.

Muchova is ranked No.202 and came through qualifying, but there was no disguising the threat she posed after beating former French Open and Wimbledon champion Garbine Muguruza in the previous round.

Barty made a strong start only to see the Czech reel her in from 4-1 down to 4-3 on serve, but the Aussie broke for a second time and served out the set.

It was a similar story in the second, when a dominant Barty powered 4-0 ahead and then withstood a Muchova fightback.

Despite seeing two match points slip by in game eight, the Queenslander clinched victory on her fourth match point after one hour and 25 minutes to finally claim a Grand Slam third-round win at the fifth time of asking.

“I felt like we haven’t been far off a few times now but, to finally get there, it’s pretty cool,” added Barty.