Millman, Kyrgios charge into US Open third round 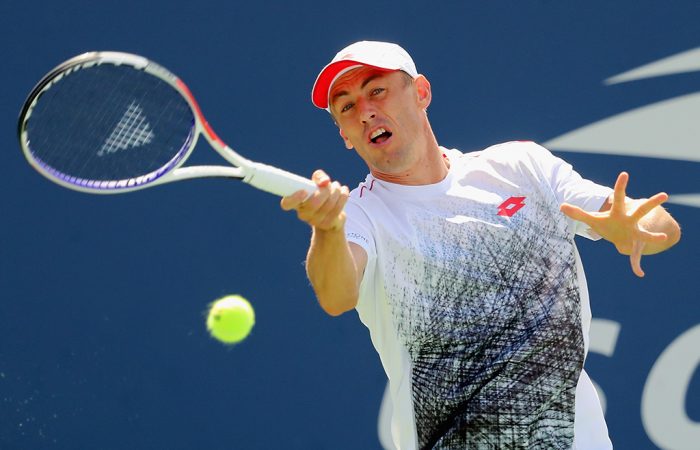 Australian John Millman has scored one of the biggest wins of his career to charge into the US Open third round in New York.

Meanwhile, Nick Kyrgios will face Roger Federer in a mouthwatering third-round clash after getting past Frenchman Pierre-Hugues Herbert in four sets.

Kyrgios, who retired injured against Herbert when they met in the first round at Wimbledon last year, completed a 4-6 7-6(6) 6-3 6-0 victory to reach the last 32.

Federer booked a date with Kyrgios with his 7-5 6-4 6-4 win over another Frenchman, Benoit Paire, later on Thursday.

Millman, a winner over Nick Kyrgios last year, was thrilled to embark on another great run in the Big Apple.

“Obviously with Fabio, he has had a great year and he has won a couple of titles this year and we all know he can create something out of nothing,” the Queenslander said.

“He can kind of be a bit of a roller-coaster in terms of how he plays, sometimes with his emotions too. I don’t think that is any secret.

“It was important to keep a very good level and consistently go through that. I did that for the majority of the match.”

Victory over the world No.84 would catapult Millman into a last-16 showdown with either Kyrgios or Federer.

The 29-year-old knows opportunity knocks, but is keeping a level head. “Mikhail is a very good player. When he is on, he can play some great, great tennis,” Millman said.

“He is an extremely good ball striker. He plays a tough game and he hits that backhand, it has almost got underspin on it.

“It is low over the net and shoots through on the courts. It is going to be really different conditions, though.

“It is going to be a bit about how I handle the conditions also, but I am really happy to be in another third round here and it would be great to win one more.”

After a listless start to the match, Kyrgios delivered a return winner the next to break Herbert to get back on serve at 4-5 in the second set before clinching the tiebreaker to draw level.

“It’s going to be a lot of fun,” Kyrgios said of the Federer match-up.

“I definitely know that I won’t be the favourite, the crowd favourite here.

“I go into that match with zero expectation. I do believe I can beat him. I have done it before.”

Kyrgios won their first match in Madrid in 2015 and although he has lost their two subsequent meetings, they were both tense affairs ending in third-set tiebreaks.

By reaching the third round, Kyrgios has equalled his best showing at Flushing Meadows, after also reaching the last 32 in 2014 and 2016.