Alex de Minaur's US Open build-up ends with defeat in his opening match against Daniil Medvedev at Winston-Salem. 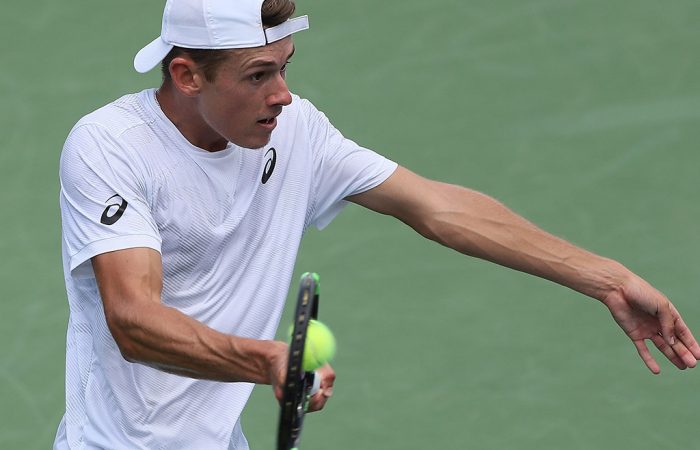 Australian young gun Alex de Minaur bowed out of the Winston-Salem Open after being overpowered by Daniil Medvedev.

The Russian blasted the teenage Sydneysider off the court in their second-round match with a 6-3 6-3 win at the ATP event in North Carolina on Wednesday.

In his final lead-up tournament before next week’s US Open, 19-year-old De Minaur was handed the 15th seed and an opening-round bye but failed to reproduce the form that catapulted him to a second ATP final at the Citi Open in early August.

His first final came at the Sydney International, where he also fell to Medevedev – a much closer battle ending 7-5 in the third set.

Despite the loss, it has been an impressive build up to the year’s final Grand Slam for De Minaur, who won five of his eight matches across three events and improved his ranking 25 places to a career-high of No.43.