Alex de Minaur misses out on a first ATP title as he goes down in straight sets to Alexander Zverev in the Washington final. 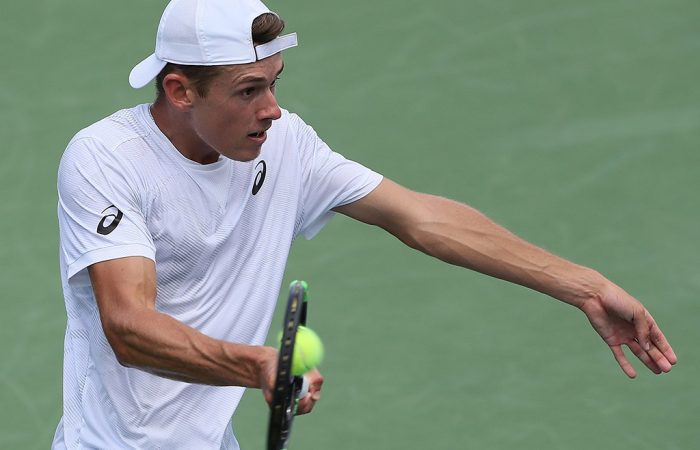 German world No.3 Alexander Zverev became the first man in nearly a decade to win consecutive titles at the Washington Open by overpowering Australia’s Alex de Minaur in straight sets.

De Minaur, who was vying for his maiden ATP title, could not hold back Zverev in a match that ended 6-2 6-4 after one hour and 13 minutes on Sunday.

The 19-year-old Aussie will break the world’s top 50 for the first time in the new rankings, rising form 72nd to No.45.

Zverev secured two breaks of serve inside the opening three games as he comfortably won the first set in just over half an hour.

"This final could be the final of the next 15 years so I hope you guys all enjoyed it." 🤣

De Minaur offered more resistance in the second set but dropping his serve in the third game proved costly as defending champion Zverev capitalised on his fourth championship point.

Germany’s Zverev is 21, and Australia’s de Minaur is 19, making for the youngest final on the ATP World Tour since 20-year-old Rafael Nadal beat 19-year-old Novak Djokovic at Indian Wells, California, in 2007.

“It’s quite funny, because this final could be the final of the next 15 years, so I hope you guys all enjoyed it,” Zverev told the crowd.