De Minaur into Washington semis after Murray pulls out 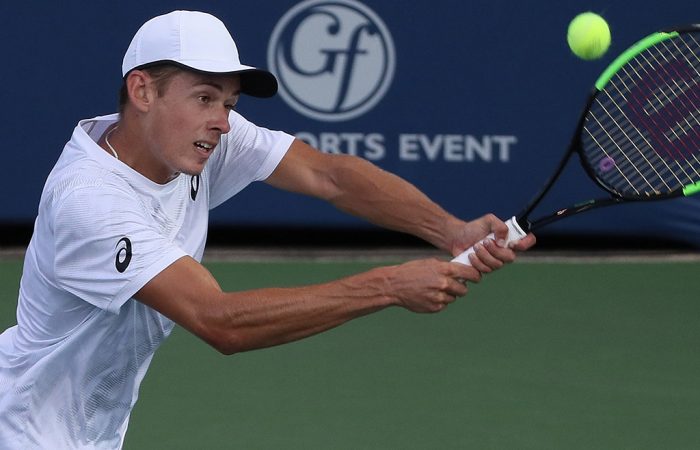 Alex de Minaur is through to his first ATP 500 semifinal after Andy Murray withdrew from their quarterfinal at the Citi Open in Washington DC.

The 19-year-old was given a walkover into the last four where he will face American Denis Kudla or Russia’s Andrey Rublev, who will play their delayed quarterfinal on Saturday.

De Minaur will benefit from a day off, having played twice on Thursday at the rain-hit tournament.

Another victory on Saturday would see De Minaur, currently ranked 72nd, break into the world’s top 50 for the first time.

Murray was on court until 3am on Friday morning as the schedule backed up, and the three-time Grand Slam champion chose to pull out of the quarterfinal rather than risk aggravating the hip injury which kept him out for 11 months.

They will face third seeds Marcela Arevalo and Mexican Miguel Angel Reyes-Varela for the title.