Thanasi Kokkinakis has lost a tight first-round match at the ATP tournament in Los Cabos, going down in two tiebreaks to American Taylor Fritz. 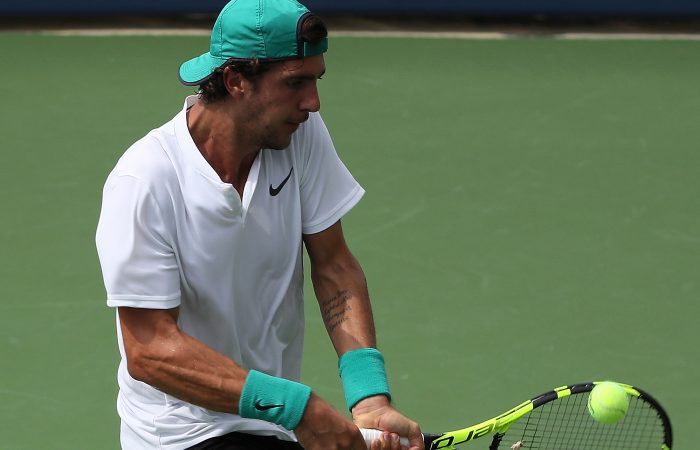 Thanasi Kokkinakis has been eliminated from the opening round of the ATP Tour’s Los Cabos Open, falling in straight sets to American Taylor Fritz.

The Australian reached the final in Los Cabos last year, therefore unable to defend the 150 ATP points he accrued for that result. He’s projected to fall outside the world’s top 250 when next week’s rankings are released.

Kokkinakis, finalist in Los Cabos last year, will drop +100 spots to around #260.

But still made the cut for US Open qualies.

However, Kokkinakis will be pleased to be back competing on a regular basis after a knee injury – the latest in a long list of physical problems – kept him off court for almost two months during the clay-court season.

And he has barely any points to defend for the remainder of the season; after losing the Los Cabos final last year his only other match was a first-round loss at the 2017 US Open.

Fritz, meanwhile, will go on to face Adrian Mannarino in the round of 16 after the fourth-seeded Frenchman received a bye in the first round.

Another Australian, Bernard Tomic, plays Belarusian Egor Gerasimov in the first round on Tuesday.