A slow start proved costly for Sam Stosur, who lost to Alize Cornet in the quarterfinals of the WTA Ladies Championship Gstaad on Friday. 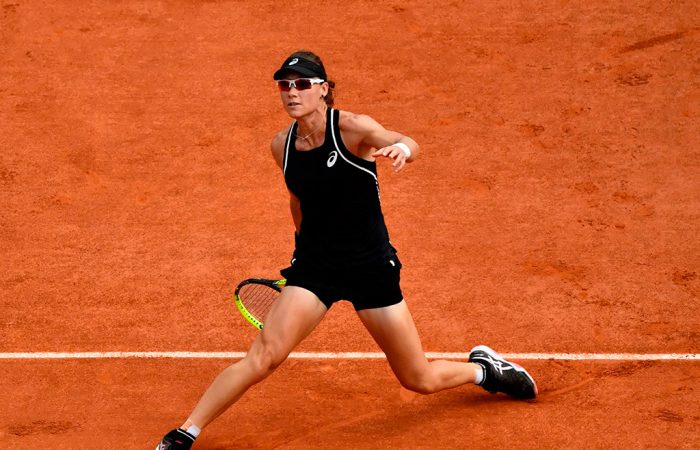 Sam Stosur battled hard but found No.1 seed Alize Cornet too strong in the quarterfinals of the WTA Ladies Championship Gstaad.

Cornet gritted to a 6-4 7-6(2) win to set up a semifinal showdown with Eugenie Bouchard.

Stosur came into the match having won 11 of her past 17 matches and looked comfortable on the clay of the Swiss Alps, beating a pair of former top-10 players – Francesca Schiavone and Patty Schnyder – in her first two matches.

But Cornet was far sharper at the beginning, opening leads of 4-0 and 5-1 before Stosur made a closer contest of the first.

Cornet again went up an early break in the second set, leading 3-1 before Stosur stormed back.

But in the tiebreak, a sneaky forehand drop-shot from the Frenchwoman was too much for Stosur to successfully retrieve, and ended the contest in one hour and 39 minutes.

It was her first win over Stosur since 2009; the Australian had won their past four meetings.

Currently ranked 73rd, Stosur is projected to rise to No.65 in next week’s rankings.