Plucky Duckworth back at Wimbledon

Returning to Wimbledon for the first time since 2015, James Duckworth has drawn fourth seed Alexander Zverev. 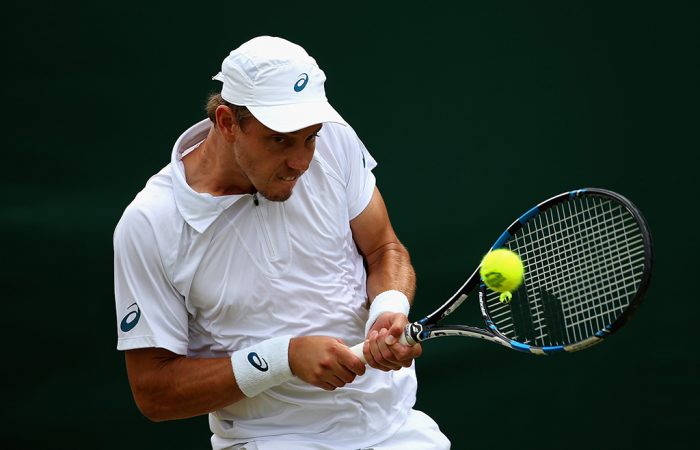 After an overdue run to last month’s French Open quarterfinals, Zverev is among the title favourites on London’s hallowed grass, where last year he lost a fourth-round five-setter thriller to 2016 finalist Milos Raonic.

But happy just to be back in a Grand Slam main draw after a nightmare battle with injury, Duckworth will take a nothing-to-lose approach into Tuesday’s first-round showdown with the fourth seed.

“Obviously it’s a tough draw and there are definitely better draws out there, but I’ve been injured for such a long period of time that to be honest I don’t really mind so much,” Duckworth said ahead of his first appearance at The All England Club since reaching the second round in 2015.

“It’s just that I’m really excited to get out there and play. Really looking forward to playing this special place.”

Languishing at No.748 in the world, Duckworth is playing Wimbledon on a protected ranking.

His woes began after Australian Open 2017.

After all that, the 26-year-old then suffered an abdominal strain that forced him out of the final at a Futures event in Turkey.

“So yeah, it’s been a pretty tough time,” Duckworth said.

“The main one was probably my foot – the navicular stress fracture. They went in there, put a couple of pins in my foot and that’s a pretty long surgery to come back from, anyway.

“Then on top of the other ones I had so it’s been a rough time.

“It was brutal mentally. It was really tough. There were definitely times where I thought I maybe wouldn’t come back.”