Barty, Millman out of Eastbourne

John Millman fell to Marco Cecchinato in the Eastbourne quarterfinals before top seed Caroline Wozniacki got the better of Ash Barty on Centre Court. 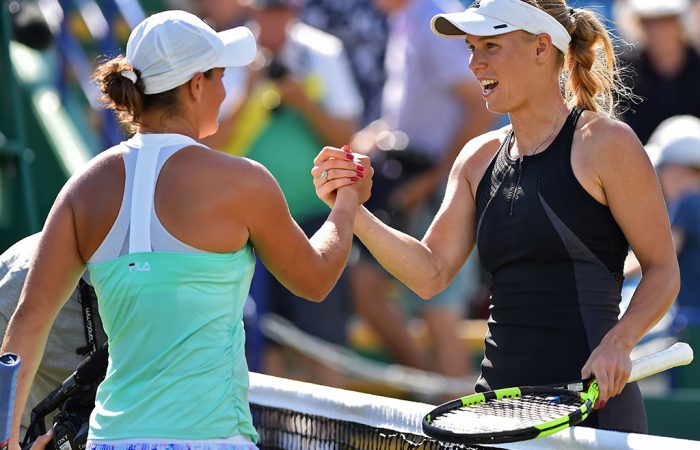 Australia’s representation at the WTA/ATP tournament in Eastbourne has ended after Ash Barty and John Millman were beaten in the quarterfinals.

Millman went down to fourth seed Marco Cecchinato 5-7 6-3 6-2, the fourth time he has lost to the Italian.

Cecchinato beat Millman in the ATP clay-court final in Budapest and after going on to reach the Roland Garros semifinals appears to have adapted his game well to grass.

Millman is projected to rise to world No.59 after advancing to the last eight on the south coast of England.

Later on Thursday, Ash Barty took on top seed Caroline Wozniacki in a Centre Court battle, going down 6-4 6-3 in one hour and 19 minutes.

Wozniacki now leads the pair’s head-to-head series 3-0 and in the semifinals will take on No.4 seed Angelique Kerber.

Despite the loss, Barty will be happy with her grass-court form heading into Wimbledon.

The Queenslander won the Nottingham title two weeks ago and owns an 8-2 record on the lawns this month.